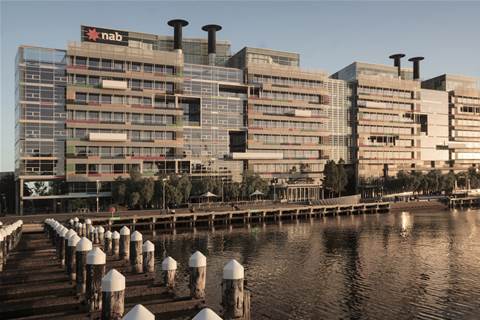 The transition is the culmination of a deal announced last year for TPG to deliver fixed network services across NAB’s corporate offices, business banking centres and branches, as well as mobile services to the bank’s workforce via Vodafone.

The project has been ongoing for the last nine months.

When the deal was announced, TPG said it would use redundant fibre and NBN services across NAB’s national footprint, while also providing automation capabilities, and deliver a bespoke Vodafone Enterprise Managed Mobility Solution to at least 80 percent of NAB’s mobile fleet.

"We present a compelling and innovative set of resilient, secure and affordable network solutions”, Russo said.

“Throughout the migration, we were able to ensure NAB’s customers experienced no network disruption, and since completion, we have seen a 100 percent increase in network capacity which has improved the branch experience for NAB customers.

“The success of this significant migration of network services for NAB is further evidence of TPG Telecom’s ability to deliver market-leading services to enterprise customers.”

He added that TPG helped NAB transition 95 percent of all its locations remotely.

“The completion of this migration doubles the bandwidth to branches and was a major civil engineering exercise, delivering the program ahead of schedule which is a great outcome for customers and colleagues.”