TPG, Telstra insist network sharing deal is not a merger 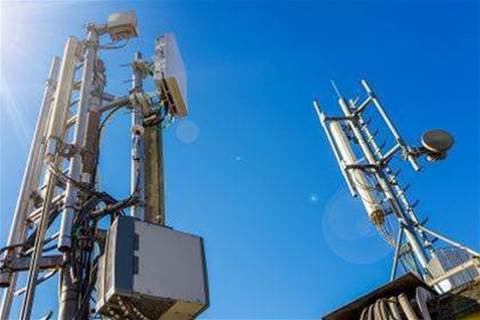 TPG and Telstra have addressed opponents of its planned network sharing deal in a new submission to the Australian Competition and Consumer Commission (ACCC), arguing their objections could not prove that the deal detrimentally affects competition.

The companies took aim at submissions from Optus, Australia Tower Network (ATN) and telco group Commpete, which all opposed the network sharing deal.

In an announcement, TPG said all three “failed to provide a rational argument” to support their claims that the deal would detrimentally affect competition, and some have also “mischaracterised the arrangement as a merger of two entities, based their arguments on factual errors, and sought regulatory outcomes unrelated to the proposal”.

“Contrary to the assertions of Optus, this is not a merger,” TPG general manager of external affairs James Rickards said.

“To suggest otherwise is an attempt to mislead the public, industry and key stakeholders in the hope of creating controversy where none exists. This is an infrastructure sharing agreement in the interests of all Australians.

“Similarly, statements regarding the arrangements for pooling of spectrum in the shared network have seemingly been twisted intentionally.”

The telco also accused Optus of using communities affected by bushfires and floods for “social media stunts” criticising the arrangement.

“Optus has engaged in scaremongering and rolled out its executives to trumpet the same lines regarding resiliency and future regional investment,” Rickards said. “This is an insult to regional mobile users who will benefit from the network sharing arrangement.

CRN has contacted Optus, ATN and Commpete for comment.

In February this year, TPG and Telstra agreed to an initial 10-year network sharing deal with each other, extendable by a further decade, giving the former access to around 3700 Telstra cellular towers in regional Australia and on urban fringes.

“Claims from lobby groups and minor industry players the sharing arrangement will not benefit MVNOs, suggests they have not read or are deliberately ignoring the information provided,” Rickards added.

“The submission from Commpete claims there is not sufficient competition in wholesale access for MVNOs but failed to recognise MVNOs will be one of the key beneficiaries of the network sharing arrangement. As a result of the arrangement, TPG will be a real alternative to the MVNO offerings of Telstra and Optus.”

TPG also took aim at ATN’s association with Optus, both of which are owned by Singapore-headquartered Singtel.

“ATN’s submission appears motivated by concerns its shareholders may not recover what they paid for the Optus and Axicom towers, which appears to have been based on obtaining TPG as a new tenant in regional Australia,” Rickards said.

“TPG has no intention of materially building out its regional coverage and was never a possible customer of ATN in regional Australia.”

"As stated on its website: 'The Australian Competition and Consumer Commission (ACCC) has received an application for merger authorisation from Telstra Corporation Limited (Telstra) and TPG Telecom Limited (TPG)'."

The telco added the arrangement one approved would "overturn 30 years of regulatory and market settings that have promoted competition and investment" in the telecommunications sector.

"[The network sharing deal] strengthens an already-dominant player, Telstra, which will benefit financially from each customer TPG adds and it gains access to unprecedented spectrum at levels which the regulators have previously opposed due to competition concerns," the spokesperson added.

"Optus has consulted with recognised experts and reviewed the facts surrounding Telstra and TPG’s proposal – and we’ve lodged our concerns with the ACCC through our submission, which is available online along with the experts’ reports.

"We are convinced this arrangement will undermine competition, and Australia’s regional consumers and businesses will be worse off if it is allowed to proceed."

Updated 15 July 2022 8:50am: Commpete has provided the following statement:

"In our submission, the reference Commpete has made to it being a merger arrangement is because the applicants are seeking merger authorisation of the use by Telstra of spectrum held by TPG (pursuant to the Spectrum Authorisation Agreement), which is deemed by section 68A of the Radiocommunications Act 1992 (Cth) to be an acquisition for the purposes of section 50 of the Competition and Customer Act 2010 (Cth) (the Act)," Commpete chair Michelle Lim told CRN.

"Commpete has responded accordingly to this public consultation which is procedural processes under formal mergers by the Competition Commission."