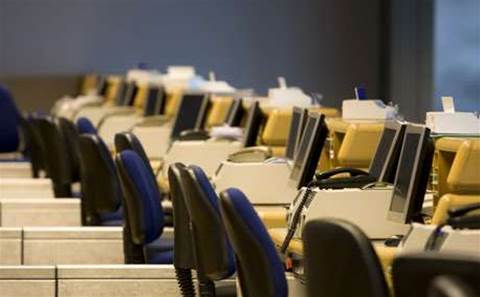 Internet service provider TPG has announced that its corporate business has overtaken its consumer arm, while harvesting a $232.8 million boost in revenue in the latest half-year results.

This compares with the consumer business that posted $117.1 EBITDA on the back of $308 million of sales for the half year. Although overtaken by the corporate arm, this still represented a 16.9 percent increase in earnings.

The corporate operations were boosted by the inclusion of AAPT, which TPG acquired early last year from Telecom NZ. TPG executive chairman David Teoh estimated that AAPT added about $35 million of EBITDA, meaning there was still significant internal improvement.

Overall, TPG posted an impressive $232.8 million improvement in half year revenue, hitting $627.3 million. The ISP also upped its net profit by 18 percent, to reap $106.7 million for the six month period.

TPG is currently engaged in a high profile $1.4 billion acquisition of rival iiNet, announced earlier this month. The proposal has met public opposition from some iiNet shareholders, raising concerns about lack of investor communication, an inadequate buyout price, and a culture clash between the two companies.

The iiNet acquisition will be put to a vote to iiNet shareholders in late June and will be subject to ACCC approval. When completed, the merged entity will overtake Optus as the number two telco in Australia.

The Teoh family started TPG in 1986 as the Total Peripherals Group, a reseller of computer equipment.