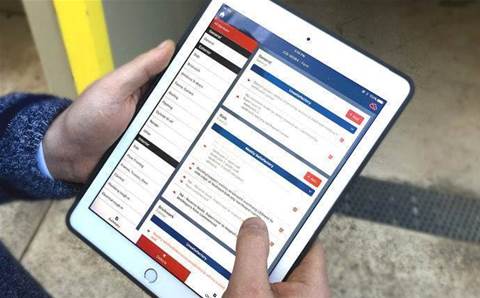 Sydney-headquartered Tquila ANZ has eliminated the need for paper reports for Tyrrells Property Inspections with a new cloud-based application that has increased productivity by 33 percent.

Tyrrells provides building inspections and reporting services from a team of field-based consultants. Staff provide technical advice and solutions to fix defects in new and old builds, as well as prepare architectural plans for buildings or renovations.

In order to compile reports, Tyrrell's consultants would use a dictaphone and paper to record their findings. Voice files were then sent to a third-party typist to transcribe then handed back as text to create an inspection report.

This meant that reports could sometimes take up to 48 hours to return to clients.

Needing to update the method, Tyrrells tapped Tquila to digitise the process and cut down on time. The Salesforce partner created a new application for the consultants based on Salesforce Sales Cloud CRM.

The Tyrrells app allows consultants to produce a 'construction-stage' progress report using their smartphone or iPad, giving builders an opportunity to rectify defects before a project is completed.

Salesforce automatically generates reports, which are immediately emailed to the client, eliminating the need to type out a report in a Word document and send it to the client. As a result, clients can now receive a report the morning after an inspection.

Data capture methods include free-form input and promoted defect text. Capture fields for each report type can be controlled by user-defined templates from within Salesforce.

On top of the added functionality, the app has cut report completion time by 30 to 45 minutes and allows consultants to fit in four jobs per day, instead of three. It has also removed the need for paper in all stages of the inspection process.

Because the Tyrrells app is cloud-based, consultants can generate reports remotely while offline and sync once they reconnect to the internet. It has also eliminated the need to hire an in-house team to manage back-end infrastructure.

Tquila is still working to have the latest iteration of the app out this year, which will include the ability to generate other types of key reports as well as dictation functionality.

"Consultants can increase the number of jobs they can do in any given day. For example, previously if we had four jobs to do in Newcastle, we had to send four people to complete them. Now, these can be attended by the one consultant. A huge bonus for us," he said.

“We’ve been going full tilt with the app last year and Tquila’s technical team have been very proactive and transparent through the whole project, guiding us at every stage to make sure we were staying on track."