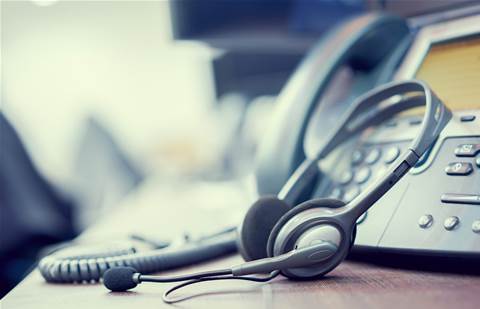 The move comes after the company deployed the business phone system internally to replace its previous system centred around 3CX, a software-based PBX platform.

CNS director Alex Huntington told CRN the company had been a 3CX partner in the past 10 years and has the system deployed internally for its own needs, but recent growth showed that the previous system no longer fit the bill.

“We were just wasting a lot of our engineers’ time troubleshooting things, mucking around with the on-premises system maintenance, as well as dealing with the constant deluge of Session Initiation Protocol (SIP) issues, one way audio and all sorts of bits and pieces like that,” Huntington said.

“The flexibility of the system wasn’t that great, plus we also needed to look after all the disaster recovery plans and high availability for ourselves. It also lacked any meaningful integration with any of our systems like CRMs and Microsoft Teams.”

Huntington said a cloud-based solution would be a suitable replacement, with CNS looking at either 3CX Cloud, a full Microsoft Teams solution, and a few others.

CNS also did not have any physical servers left with most of its solutions cloud-based, and had also been “very light” on handsets and wanted its staff to use gear they already own. The company had also been using Microsoft Teams more and more, so integration with that was more important, and also sought

CNS settled on Dialpad, which met all their needs including being able to use the platform across all of its regions. CNS has offices in Sydney, London, Chicago, and in Auckland, Wellington and Christchurch, New Zealand.

“One of the reasons why we decided to become a Dialpad reseller while going through this process was that we were traditionally a 3CX reseller, which was a very large capex project with very little ongoing maintenance and support to make it an annuity-based business,” Huntington said.

He added the onboarding process would typically involve several issues, including some out of CNS’ control, that had to be dealt with staff with specialised skills. Dialpad in comparison was much easier to set up.

“Whereas with Dialpad, I got one of our business analysts to implement a phone system for us and he managed to get it done. He’s not an engineer and never mucked around with a phone system in his life and he got the whole thing running in about a month,” Huntington said. “So it speaks to how easy and user-friendly Dialpad is.”

From a user experience, he said customers have a more intuitive experience compared to the less user-friendly legacy systems like 3CX, for functions like call transfers, setting up conference calls.

“We have done literally zero training with our staff - we said, ‘here’s a new phone system, if you got any problems, let us know.’,” Huntington said.

“So I would rather pay a little bit more money for the software licences if I’m gonna pay less money and time training staff and dealing with issues.”