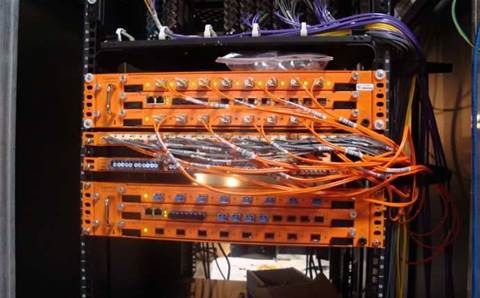 Spencer has held channel roles at various companies over the past 17 years, including Express Data, Symantec, Websense and FalconStor. Prior to joining Gigamon, Spencer had a two-year stint at Trend Micro, most recently has senior channel director.

“One area we needed to improve on was engagement with partners,” said Teague. “Mark’s the perfect man for the job as far as I’m concerned. He’s had management and channel roles his whole career, and he knows how to get the best out of the channel and accelerate our growth.”

Gigamon was founded in 2004 and launched in Australia two years ago. Current Australian Gigamon resellers include UXC, Dimension Data, VMtech, Shelled and Newgen Systems, with distribution through Arrow.

The US-based vendor has offices in Sydney and Melbourne, with six staff currently employed in Australia. Teague said Gigamon is looking for new Australian partners in all capital cities as well as New Zealand.

“We plan to grow the business in a managed way,” said Teague. “We don’t want to just have five systems integrators because we have a mix of products that are focused for partners. We’re looking for partners with a focus on app performance, network performance and security.”