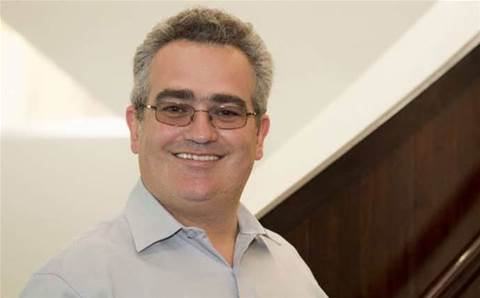 With some analysts and economists believe that Australia is close to a recession, Australian IT channel firms will need to do better at articulating value to their customers as they tighten their purses, according to TribeTech’s Nick Beaugeard.

In this CRN Pipeline delegate profile, Beaugeard, who heads the Sydney managed service provider’s software development arm TribeDev, told CRN that the next 12 months will be fascinating for the Australian IT channel as it will be the first time that most firms see a recession.

“[The last recession in Australia] was many years ago and we survived the global financial crisis pretty much unscathed so Australia has had this crazy 20-year period of growth and stability,” he said.

“I always think the opportunities are there, especially when you are building intellectual property (IP). In times of downturns and if you look at recessions, that’s where the big companies have actually appeared.

“[A recession] would be the time when there will be shifts and things will change, and we’ll look at doing things a different way and I think it’s really exciting, if not a little scary, because everyone hates change. The next couple of years are going to be very interesting, but I just hope it doesn’t burst into global conflict.”

Beaugeard said the industry has been “desperately” trying to talk to customers about value, but the channel had been ignored and customers kept talking about price.

“In a recession when money is tight, customers are spending less and the channel will be required to articulate value far better than they traditionally have,” he added.

He said customers would be less likely to ask about the new shiny thing that they heard is cool, and partners would now have to have a conversation about how their technology can reduce company costs.

“Those are the conversations all of us want to have that sometimes have struggled because it’s been a fairly exciting, booming economy, so I think when we actually get into thinking about how we use technology to reduce costs and streamline businesses, which is kind of why we're all here,” Beaugeard said.

“That’s why I think it’s going to be really exciting, but it will be painful getting there.”

On TribeTech, Beaugeard said the company had a good last 12 months despite hangovers of equipment shortages, and expects to continue on its growth trajectory, specifically with the company’s managed services and software development businesses.

“When we get a client, we sell them a bundled solution for managing their environment and then we augment that with development services. Over the last year, we found customers are really looking for ways to automate their business,” he said.

“Fortunately we’re on the verge of going out with a product which helps us automate our business processes … and that augments our managed services. We can deliver that really base-level secure working platform and then augment that to actually deliver true business value, and I think that’s what this year is going to be more than ever.”

Looking ahead into the next 12 months, TribeTech’s software development will shift its focus slightly to build out its own IP and get them to market. The company has also invested in marketing over the past few months, building a marketing engine to help it achieve its growth plans.

Beaugeard has been in the IT world since the early 1990s, working for various big ticket organisations and founding multiple businesses around software development. He worked at Microsoft’s US office in the early 2000s before moving to Australia and founding HubOne in 2009, which developed applications for Microsoft Office 365. HubOne was acquired by Sydney-based TribeTech in 2020, where he is currently their chief software architect.

Beaugeard is one of the many channel industry leaders attending this year's CRN’s Pipeline conference from 23 to 26 August on the Gold Coast. Register your interest in attending the conference.