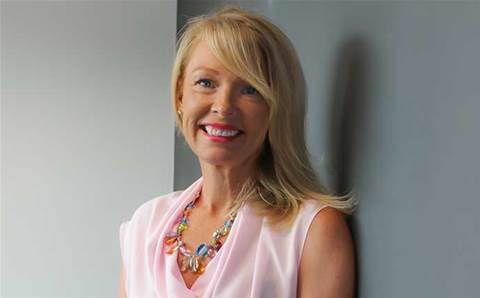 Cloud migrations might seem like one-way traffic, but after seeing the true cost impact of public cloud, some organisations are waking up to the idea that certain workloads make more financial sense on-premises.

After natural resources and mining company Vale Australia opted for a public cloud solution, its IT supplier, Trident Computer Services, helped their client realise that cloud is not a one-size-fits-all solution.

Connectivity to the public cloud was proving costly for Vale, which has sites spanning Perth, Brisbane and central Queensland. The company was also running file and print services locally, as well as using a third-party data protection provider.

The solution was resource-intensive to maintain and time-consuming to manage, particularly given the amount of data being backed up.

Hesitant to commit to another IT refresh due to budget considerations, Vale engaged Melbourne-based Trident to conduct an infrastructure review. After investigating a range of options, Trident suggested a SimpliVity hyperconverged infrastructure (HCI) solution was an ideal fit. SimpliVity was acquired by Hewlett Packard Enterprise for US$650 million earlier this year.

“We had no appetite to refresh our IT infrastructure, but Trident Computer Services almost twisted my arm to get me to take a look at hyperconverged infrastructure,” Vale Australia IT manager Matthew Wells said.

“Trident knew our business and demonstrated to us that there was a more cost-effective way to manage our IT infrastructure, while also removing complexity.”

Four months after Trident’s review and recommendation, Wells made the call to order the SimpliVity system. Trident set to work scoping out the work involved in the switch-up to make sure the solution met Vale’s mandated return on investment.

“Not only did we migrate our data centre from Sydney to Perth, we also migrated out of public cloud and deployed SimpliVity at our two remote sites in Brisbane and Central Queensland – all on time and budget. The size of this project is fairly unheard of; not many organisations undertake such an IT refresh in a single project,” Wells said.

Wells said the SimpliVity solution and Trident’s thorough planning simplified the migration by allaying concerns about disk space, destination hardware and backup. The solution has provided Wells an easy-to-maintain IT infrastructure, that can be managed through a unified administration interface.  He added that since the deployment, Vale had been impressed and achieved big savings in operating expenditure.

“In terms of results, the SimpliVity solution delivers the simplicity and agility of a public cloud service while reducing opex by 35 percent per month; we reached our ROI in four and a half months. It’s also incredibly easy to administer. I manage all three sites singlehandedly. It takes very little time and effort. The system pretty much runs itself,” he said.

In the Perth data centre, more than one petabyte of logical data, including 626 full VM backups, consumes less than 20TB of physical storage. Vale has a 6TB file server in Brisbane and a 4TB file server in Central Queensland, which it can back up daily over WAN in minutes. Vale can now also restore a PB of data in about three hours, without affecting the performance of production applications.

“This project with Vale all comes down to Trident’s stroke of genius in recognising where its customer’s business was at. The project was born out of Trident’s deep understanding of the market and Vale’s requirements and potential gaps in its existing IT.

"That Vale decided to go down a route with hyperconverged infrastructure which it had not previously considered, is testament to Trident’s role as a trusted advisor and partner to its customers,” he said.

“We’ve been working with Trident since 2015. During this time, Trident has demonstrated to us its high standards of technical knowledge and skill, as well as the team’s commitment to delivering best-of-breed solutions and providing exceptional deployment and sales service and enhancements. They are a trusted partner and we look forward to working with the Trident team for years to come.”

“Trident understood what we needed (even before we did) and offered a solution that will underpin our business for years to come. We couldn’t be happier with the results. In fact, Vale is now looking at deploying HCI in other regions,” he said.

Cloud application revenue made easy
By Michael Jenkin
Mar 9 2017
11:30AM