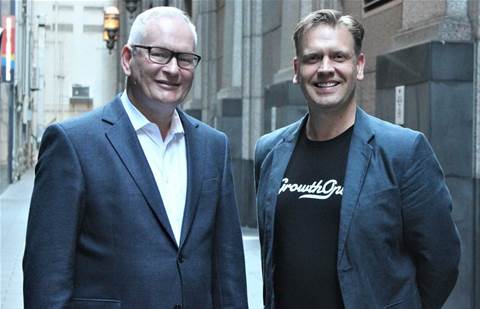 Technology consulting firm Trimantium GrowthOps has announced a new CEO and replacement of all of its board members save one.

In an ASX announcement (pdf), the company said CEO Paul Mansfield has been replaced by Clint Cooper. Chair Dominique Fisher and non-executive director Melissa Field have also departed from their roles.

GrowthOps said the reshuffle comes as the company “transitions from its foundational year to a focus on growth,” appointing six new directors.

The company was formed in 2017 when eight companies came together to combine forces in pursuit of a $70m IPO that took place in March 2018.

With that phase of its plan complete, the company has decided a refresh of its executive and oversight roles is necessary.

Mansfield has therefore been replaced as managing director and CEO by Clint Cooper, who was recently the CEO of Twenty20 Big Bash League cricket club Melbourne Stars, while long-time banking executive Scott Tanner has been named board chairman.

The handover was amicable: GrowthOps' ASX announcement says the two have worked togeth on a handover of the CEO role.

“It’s a great privilege to lead the organisation into this next phase,” Cooper said. “I’m also very excited to be joining a board with such outstanding capability and experience. We’re determined to realise the potential of the company.”

Founder Phillip Kingston meanwhile remains on the board, but has transitioned from executive to non-executive director.

Also joining the board are former Victorian government minister Philip Dalidakis (who resigned in June 2019 to take up a gig at Australia Post), Jessica Hart and Craig McMenamin as non-executive directors, while former AustCyber CEO Craig Davies joins as executive director for technology and cybersecurity.

“We would like to recognise and thank Dominique, Melissa and Paul for their valuable contributions to the board and the company’s shareholders and employees,” incoming chair Scott Tanner said in the announcement.

“We are also grateful to Paul Mansfield for committing to work with Clint to ensure a smooth transition. The retiring directors conclude their tenure at GrowthOps with our sincere appreciation for their leadership and dedication to the company during its foundation year.”