Troubled startup GetSwift tightens up governance with board hires 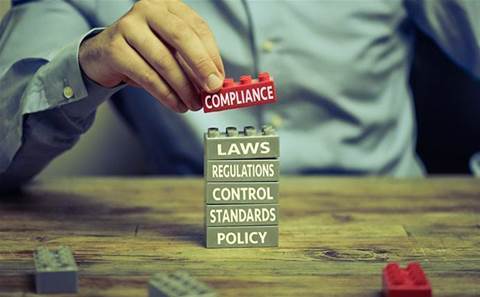 The managing director of last-mile delivery software provider GetSwift has handed over the reins as the company hired two "seasoned directors" to help the startup tighten its governance following missteps that led to millions of dollars being wiped off its value.

GetSwift has appointed Michael Fricklas and David Ryan, AO to its board of directors, and also announced changes to the roles of its managing director and executive chairman.

Former AFL player Joel MacDonald steps down as managing director and will assume the role of president. He is replaced at the top by his colleague, Bane Hunter, who will step down as executive chairman to assume the title of chief executive. Both remain as executive directors.

The appointments follow months of disarray for GetSwift, which fell foul of compliance demands of the Australian Securities Exchange and has seen its share price plummet from $3.70 at the start of the year to trade at $0.41 today.

GetSwift is now facing a third lawsuit over alleged deceptive conduct toward investors who purchased shares in the company throughout 2017.

Fricklas, who will serve as GetSwift's independent chairman, brings extensive experience in media and technology, including his role as chief legal officer of Advance Publications, a 14,000-staff media company with operations in 12 countries.

He was also general counsel of media giant Viacom, where he led dozens of M&A transactions and created Viacom’s cybersecurity governance program as well as initiated and managed privacy and anti-piracy operations.

He is joined by another new director, David Ryan, who has held senior executive management and director positions in finance and investment banking, as well as roles at Transurban Group and Lendlease.

Bane said: "Our new directors have extensive governance, operational, and M&A experience with leading global public companies and have served with distinction.

"We have worked with both of our new directors as consultants to the company for the past few months prior to their appointment, as they learned more about us, and us about them. We feel that not only is the experience right, but the chemistry is right, to assist us with both our growth and our implementation of the more sophisticated governance practices of larger companies.

"We are all looking forward to working together to make GetSwift the most successful company in its field," Bane added.