Trump called out CrowdStrike in call to Ukrainian President 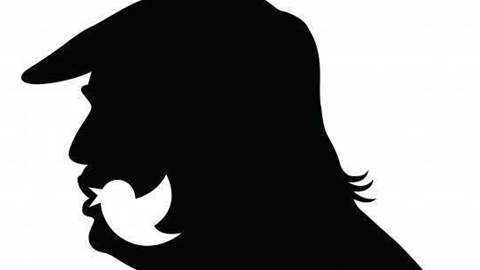 President Donald Trump name-checked CrowdStrike in his controversial July 25 conversation with Ukrainian President Volodymyr Zelensky, according to a record of the call released Wednesday.

"I would like you to find out what happened with this whole situation with Ukraine, they say CrowdStrike…" Trump told Zelensky, according to the document. "The server, they say Ukraine has it. There are a lot of things that went on, the whole situation."

Trump released more details about the call in response to pressure from Democrats in the U.S. House of Representatives, who are planning to begin an impeachment inquiry. The record of the call is most notable for Trump urging Zelensky to investigate Hunter Biden, the son of 2020 Democratic presidential contender Joe Biden, who previously served on the board of an oil company.

As for CrowdStrike, Trump likely remembers the endpoint security vendor from its role in investigating the 2016 hack of the Democratic National Committee (DNC). CrowdStrike ultimately traced the breach back to two hacker groups with suspected Russian ties.

"With regards to our investigation of the DNC hack in 2016, we provided all forensic evidence and analysis to the FBI," CrowdStrike said in a statement Wednesday. "As we’ve stated before, we stand by our findings and conclusions that have been fully supported by the US Intelligence community."

CrowdStrike has been stuck in Trump's craw previously, with the president telling the Associated Press in April 2017 that the cybersecurity vendor is "Ukrainian-based."

A conspiracy theory making the rounds in recent years has claimed that the FBI and CrowdStrike failed to physically take the server that supposedly holds important information about the DNC breach.

"Why didn't they allow the FBI in to investigate the server?" Trump told the Associated Press in April 2017. "I mean, there are so many things that nobody writes about. It's incredible."

Both the DNC and CrowdStrike have said consistently that they gave the FBI a copy of all the DNC's hard drives, memory, and other pertinent network traffic information back in 2016. Similarly, former FBI Director James Comey told the House Intelligence Committee in March 2017 that CrowdStrike “ultimately shared with us their forensics.”