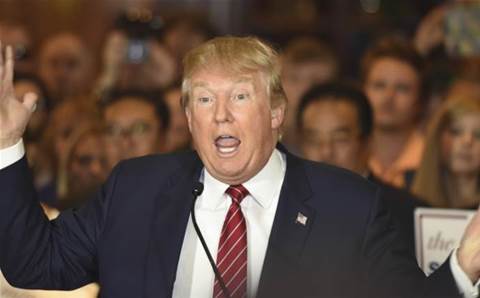 The Treasury Department also said in a letter to Broadcom, dated Sunday, that a final decision on any transaction agreed by the two companies could be made by US president Donald Trump.

Qualcomm has rebuffed Broadcom's US$117 billion takeover offer, which is under investigation by the Committee on Foreign Investment in the United States (CFIUS), a multi-agency panel led by the Treasury Department that reviews national security implications when foreign entities take over US corporations.

"(The) investigation has so far confirmed the national security concerns," the Treasury Department's letter to Broadcom said, adding that the investigation would be completed soon.

"In the absence of information that changes CFIUS's assessment of the national security risks posed by this transaction, CFIUS would consider taking further action, including but not limited to referring the transaction to the president for decision."

In November, Trump announced and applauded Broadcom's decision to move its headquarters to the United States, calling the company "one of the really great, great companies." He has not spoken about the matter recently.

In the Treasury Department's letter to Broadcom, top CFIUS official Aimen Mir also said Broadcom "took a series of actions in violation" of a 4 March order from the Treasury Department which required CFIUS to be notified five business days before taking any action toward moving back to the United States, where Broadcom was founded.

Broadcom, incorporated in Singapore and co-headquartered there and in San Jose, California, denied this.

The Treasury Department letter was "obviously a poison pill," said Jim Lewis, a CFIUS expert at the Center for Strategic and International Studies, who described the communication to Broadcom as "unprecedented."

"Broadcom can change things by redomiciling," he said. "It's not clear what happens after that."

Broadcom said on Monday it intends to complete the process of becoming a US corporation by 3 April, before any deal with Qualcomm would be agreed.

Due to the CFIUS investigation, Qualcomm delayed by a month to 5 April its annual meeting, during which shareholders will vote on Broadcom's slate of six nominees to Qualcomm's 11-member board.

The Wall Street Journal reported on Friday that Intel Corp's