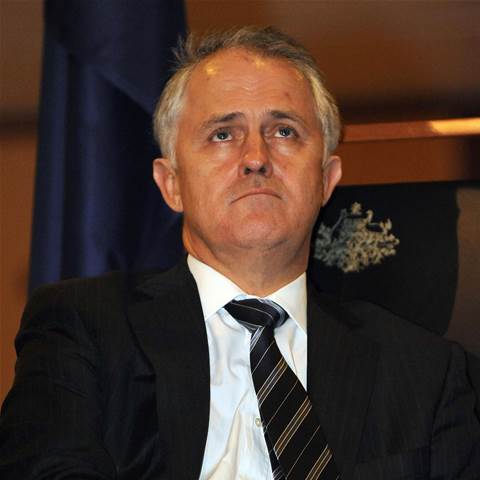 Shadow communications minister Malcolm Turnbull has suggested an executive shake-up at NBN Co would likely be one of the first courses of action under a future coalition government, despite previous indications he would be willing to work with chief executive Mike Quigley.

In a fresh round of attacks on the NBN Co chief, Turnbull claimed Quigley did not have the knowledge and experience of a network builder or operator sufficient to roll out the National Broadband Network.

"Personally I don't think he was the right choice of the job," Turnbull told a community meeting in the Sydney suburb of Epping on Monday.

"I'm not making any criticisms of Mike Quigley personally but [his] whole career has been working for Alcatel. ... He's never built a network, he's never run a network. This is essentially a construction job."

Quigley was chief operating officer and head of Alcatel's North and Central American operations before being appointed to lead NBN Co in 2009.

But Turnbull argued that Quigley's appointment, and the current management at NBN Co, "may be one of the reasons why it's failed to deliver so dismally".

"I think getting some new management there is going to be absolutely critical."

Turnbull and Quigley have regularly come to loggerheads on key issues surrounding the NBN, with the coalition minister last year pushing on allegations of Quigley's involvement in a bribery scandal while at Alcatel.

More recently, questioning in one recent Parliamentary committee hearing led Quigley to refuse to respond to 'Have you stopped beating your wife?' questions.

Turnbull focused on the allegedly slow rollout of the NBN as a key to arguing against the Labor broadband policy to a group of seniors at the community meeting.

The seniors, attending the event held by local Liberal MP John Alexander, questioned Turnbull on key aspects of the NBN including the lack of a cost-benefit analysis, the need to rip up the copper network and the lack of infrastructure competition under the NBN.

The shadow minister was also questioned on the coalition's own policy which Turnbull this week said he would not publicly cost until after a federal election, despite telling The Australian Financial Review last month that a fully costed policy document was ready.

Turnbull said he remained confident that a coalition policy, which focuses more on fibre-to-the-node deployment over the NBN's premises objective, would save "billions" but that he would not publicise a figure without seeing key contracts and documents under the current plans.

"Simply by discriminating more we can be cheaper and faster; that's looking to be an even more important issue."

The meeting came off the back of the launch of a broadband survey by the coalition that Turnbull this week admitted was "not going to get a statistically reliable sample because you're not going to get everyone in Australia to do it".

But in a move aimed at garnering favour with older voters, Turnbull pushed on the NBN's slowed pace between its two corporate plans in 2010 and this year.

"One of the things that is a major problem with the fibre to the premises deployment is this; it is going to take so long, to say to somebody who's got bad broadband now 'don't worry we'll get you sorted out in 10 years', that is a jolly long time to wait," he said.

"A lot of people mightn't be around in 10 years, and certainly a lot of people with kids in school, those kids are going to be off and gone and married and sending their children around to entertain you in a decade or so."