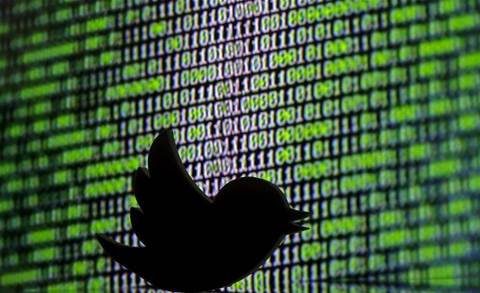 Twitter on Thursday said it removed more than 170,000 accounts tied to a Beijing-backed influence operation that deceptively spread messages favorable to the Chinese government, including some about the coronavirus.

The company suspended a core network of 23,750 highly active accounts, as well as a larger network of about 150,000 "amplifier" accounts used to boost the core accounts' content.

Twitter, along with researchers who analyzed the accounts, said the network was largely an echo chamber of fake accounts without much further traction.

The company also removed two smaller state-backed operations which it attributed to Russia and Turkey, both focused on domestic audiences.

Renee DiResta, at the Stanford Internet Observatory, said the network's coronavirus activity ramped up in late January, as the outbreak spread beyond China, and spiked in March.

Accounts praised China's response to the virus, while also using the pandemic to antagonize the United States and Hong Kong activists, she said.

Open-source researchers at Graphika and Bellingcat had earlier flagged the re-emergence of the so-called "Spamouflage Dragon" network, after it went dormant following the companies' takedowns last summer.

The U.S. State Department said in May it had found a network of inauthentic Twitter accounts with "highly probable" linkages to China disseminating false coronavirus claims.

Twitter pushed back on the assertions at the time, saying the 5,000 accounts the agency identified included legitimate non-governmental organizations and journalists.

A Twitter spokeswoman on Thursday said the network it removed was not related to what the State Department had identified.

In Beijing, a foreign ministry spokeswoman said there was a need for Chinese voices with objective views as many platforms carried falsehoods about China.

"China is the biggest victim of disinformation," the spokeswoman, Hua Chunying, told a news briefing.

"I think if Twitter wants to do something to its credit, then really the accounts that should be shut off are precisely those which organize and coordinate to attack and smear China."

Over the past year, Chinese diplomatic missions and diplomats, including Hua, set up Twitter or Facebook accounts, often using them to attack Beijing’s critics.

Last month, Twitter flagged a tweet written in March by a Chinese government spokesman that suggested the U.S. military brought the novel coronavirus to China, as the social media platform ramps up fact-checking of posts.

Grow your software revenue by selling these 5 affordable, essential tools for the modern workplace
By Katie Paul
Jun 15 2020
9:00AM