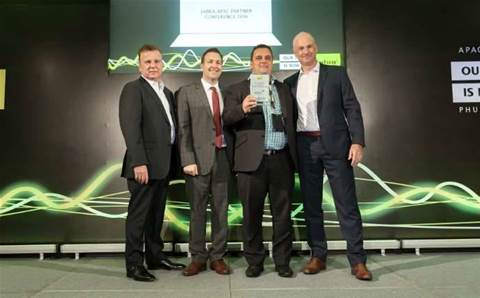 IComm was recognised for showing credibility in the market, ethical approach to business, professional sales and support capability, total focus on end user and a proven understanding of UC power.

This is not the first time IComm has been recognised. In 2013, the integrator was awarded for its UC business with the same vendor.

Some of these deployments included 2,500 Jabra Evolve headsets implemented for Jenema and 1,400 for MYOB. IComm also closed deals with the Greater City of Geelong and Greater City of Dandenong.

SimplyHeadsets.com.au was awarded for its services in both Australia and New Zealand and the Asia-Pacific. The company tripled its business with Jabra in 2015 making them Jabra’s biggest value-added reseller in Australia.

Jabra registered 23 percent year-on-year growth in Australia and New Zealand in 2015. Piggott attributed the vendor's success to the partners, as the company's business model is through the channel only.

Other winners announced during the annual conference held in Phuket last week were:

Eliminating departmental friction within MSPs
By Samira Sarraf
May 4 2016
4:30PM