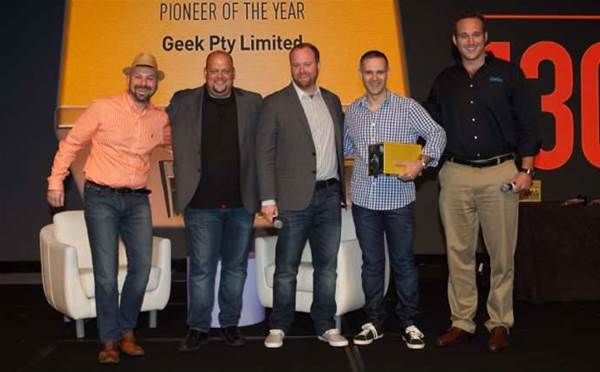 "Geek was an outstanding IT citizen. The Golden Datto awards honour partners such as Geek who have truly gone above and beyond the call of duty," Datto ANZ sales director James Bergl said.

Geek managing director Giovanni Tirimacco said the award represented much more than his company’s success: "It's a win for Australian companies that didn't suffer the disaster of cryptolocking."

Fellow services provider Mangano IT credited Geek with introducing Datto's technology to it.

"Having heard about how much time Geek saved by managing backups using Datto whilst improving client uptime, we were keen to learn more," said Paul Mangano, founder of Brisbane's Mangano IT. 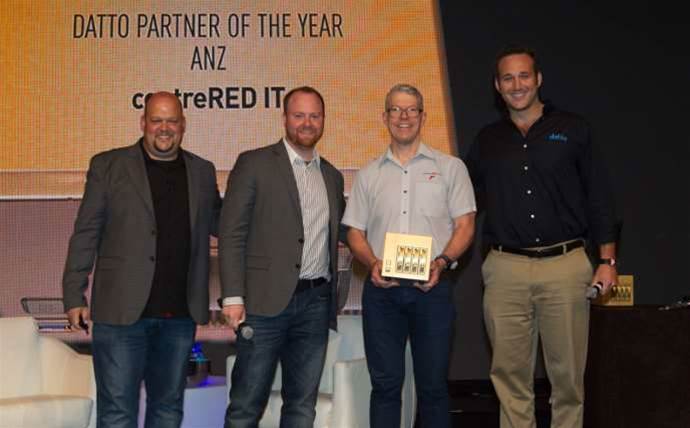 Canberra managed services provider CentreRED was awarded the ANZ Partner of the Year gong. As well as the ACT, the MSP supports customers in Adelaide, Brisbane, Melbourne, Sydney and Perth.

CentreRED became a Datto partner in June 2015 after a successful trial at a customer's site.

"The trial went very well and thanks to the support of the Datto sales team in Australia, we now have 40 devices in the field," said CentreRED chief executive Kent Forster.

Forster said that CentreRED and its 17 employees have worked hard to "make sure all our customers were aware of the Datto product".

"It was fantastic news to be named the ANZ Datto Partner of the Year. We have had great results moving a large number of our customers away from their legacy backup products to this next generation recovery and business continuity solution. Winning the award was quite unexpected but it was great to be recognised," he said.

Bergl said the Datto partner of the year award is designed to acknowledge the partner that has added value to the Datto channel within Australia & New Zealand.

"CentreRED IT were early adopters with Datto and very quickly realised the value that Datto's solutions brought to SMBs. Not only were they successful in helping many SMB's across the Canberra region understand the impact of modern IT threats such Cryptolock and other strains of ransomware, they went over and beyond the call of duty to help other MSP's understand how they too, can efficiently and effectively protect their customers critical business data & assure minimal downtime when disaster does strike," he said.

Datto is a US-based data protection vendor with operations in Australia, Africa, Canada, Europe, the Middle East, the US and the UK.