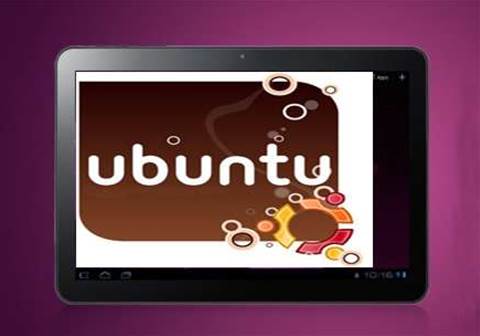 Canonical is working on versions of Ubuntu for smartphones, tablets and televisions.

Founder Mark Shuttleworth said the move to handheld devices is behind Ubuntu's controversial Unity interface, which will be used to give "coherence" across different form factors.

The next version of desktop Ubuntu, 12.04, is due in March, but that will feature no major changes as it's the long-term support version. Shuttleworth said the tablet and smartphone edition will be launched in the following two years, before the next LTS in April 2014.

“We want to expand that [desktop Ubuntu] now to include what we see as the modern personal computing platforms of handsets – phones and tablets – as well as smart screens, whether they be TVs or other devices like smart monitors,” he said.

Shuttleworth said it wasn't a "last-minute decision", but Canonical knew the project would take some time and didn't want to leave people waiting when he was aware the work could take years.

"We’ve been working towards this for a few years, staring work two years ago on designing of a new interface that specifically had this vision in mind," he said. "The idea with Unity was to build an interface platform that could be coherent, even if it’s not dogmatically identical from one form factor to another."

Although they will share the same core, Canonical plans to develop a different version of Ubuntu for each different form factor. However, devices will be able to switch between versions, or "personalities".

"Each 'personality' has its own appropriate interface and interaction model," he said. "You can’t slap Windows 95 on TV – you can, but you won’t be very satisfied with the results – each of these form factors is distinct and different."

Apps will also recognise what type of hardware they’re running on and switch to the right type of UI. “We want you to be able to use Ubuntu through a tablet interface with applications behaving appropriately, and then turn around and say now I’ve got a keyboard and I want the full power of a desktop,” he said. “In our ideal world, the same app binary can present a tablet face and a phone face and a desktop face. Those are all going to be different, to more or less degrees.”

The software will be available for anyone to download and install on their own hardware, but Canonical plans to team up with hardware manufacturers to get Ubuntu tablets and smartphones on shelves in order to drive "widespread consumer adoption".

There will be no specific hardware requirements, but Shuttleworth said the work so far has shown that a decent touchscreen is necessary for a good user experience. "While Ubuntu has a reputation for being lean and being a good way to revive a PC, I think people will struggle if they have a device that has poor touch," he said.

Shuttleworth wouldn't offer a more specific roadmap other than a release happening sometime over the next two years. "We’ve had to dampen some expectations in that regard – there’s a very high level of demand for a talet alternative right now, and we know it’s going to take a bit of time to get it right," he added. "We thought Honeycomb was rushed to market and that was fairly evident in the results."