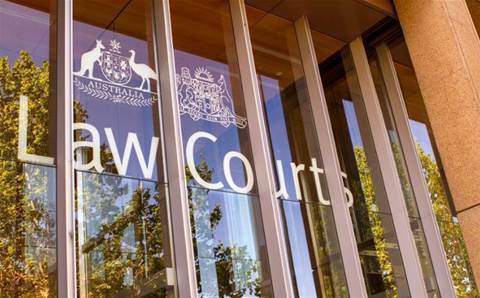 Unified communications reseller Broadreach Services has been ordered by the Federal Court to pay just over $150,000 to its former general manager Spiros Fatouros after the company was found to have breached the Fair Work Act with his dismissal in 2016.

Broadreach, a wholly-owned subsidiary of Sydney-based systems integrator ELB (formerly Electroboard), was found to have breached the civil remedy provision of the Fair Work Act when Fatouros was let go on 22 August 2016.

The court ruled in favour of Fatouros after finding that the complaints and enquiries he sent to ELB were within the Fair Work Act’s definition of a workplace right.

The company was ordered to pay Fatouros $131,723 for loss of wage, superannuation and leave entitlements, $1266 for expenses incurred during the applicant’s employment and $11,581 for interest incurred from 22 August 2016.

CRN has reached out to both ELB and Fatouros for comment.

ELB claims Fatouros was let go for “poor performance of duties” after he “failed to follow directions” from executive staff and “demonstrated his disagreement with and lack of confidence” in the company's managing director Marie Kaliviotis’ decisions.

A few days prior to his dismissal, Fatouros sent an email to ELB executive advisor Roger Tiller and ELB USA president Damian Bolton expressing his concern about Kaliviotis.

“It irks me to say this, but sadly I don't believe Marie [Kaliviotis] is acting in the highest and best interests of the business,” the email read.

“From a personal standpoint, if disciplinary action is the follow-on effect of my actions here then so be it. However, please be assured, my intent is purely driven by the interests of the business, its employees, our customers and suppliers, all of whom we have obligations to that are presently not being met.”

This followed an email he sent to Kaliviotis on the same day, where Fatouros expressed disappointment with her handling of a project with the University of Melbourne, which had fallen behind schedule.

Fatouros told the court that the departure of two key people involved with the project only contributed to the delays, with manager Andrew Memmolo being let go in July 2015 and senior design consultant Bruno Cappelli leaving on 22 July 2016.

As he took over the projects, he was made aware that sub-contractor Eclipse Electrical Contractors was owed around $30,000 for the Melbourne Uni project and another $120,000 through other ELB projects.

He argued that Kaliviotis told Eclipse that the invoices or some of them would be paid, even when they were not. The company made multiple approaches to Kaliviotis for payment and had threatened to stop work until they were paid.

Kaliviotis told him that she felt Eclipse was cornering ELB to pay the invoices. Eclipse eventually left the project on 9 August 2016.

“In an immediate sense, I did not want the project to fail. This was exposing us to further delay notices from the client, and the risk of being sued by the client as well as the contractors,” Fatouros told the court.

“Personally, I also did not want the project to fail at the last moment, after having put in such a lot of work to bring them to completion.”

This incident prompted Fatouros to send out the aforementioned emails to Kaliviotis, Bolton and Tiller.

“I am really disappointed by how you have handled this situation. If I, as one of your direct reports cannot depend on you to help me remove roadblocks, who can I depend on?” his email to Kaliviotis read.

“I can see your point of view that in some way you believe that Eclipse is cornering us, however, they are simply reacting the same way we would if one of our customers had not paid us for services we were delivering after months and months and months.”

A termination letter was sent out on 19 August 2016, offering Fatouros the opportunity to respond. Kaliviotis said in an affidavit submitted to the court that she was prepared to listen to any representation that Fatouros might wish to put forward as to why ELB should not terminate his employment.

“[Fatouros] was provided with five weeks’ salary in lieu of notice in accordance with the respondent's obligations both under his contract of employment, and under the National Employment Standards and the Fair Work Act 2009,” Kaliviotis told the court.

The court found the termination letter did not include the fact that Fatouros had exercised a workplace right to make a complaint, and that his sending of emails to Tiller and Bolton was “a substantial or operative and immediate” reason for Fatouros’ termination of employment.