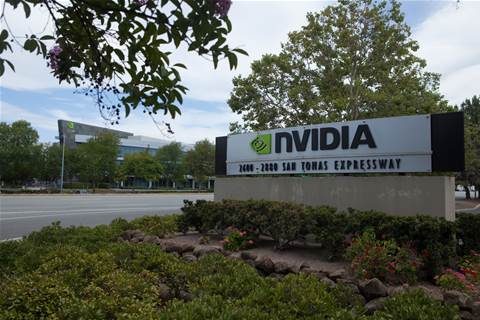 The United Kingdom government’s competition watchdog may block Nvidia’s US$40 billion blockbuster deal to acquire British chip designer Arm over national security concerns, according to a new report, as review delays by other governments have created concerns about the deal’s timeline.

Bloomberg reported Tuesday that the “the U.K. is currently inclined to reject the takeover,” citing one unnamed source who is familiar with the government’s discussions. A separate source told the news outlet that a deeper investigation into the national security implications of the Nvidia-Arm deal by the U.K.’s Competition and Markets Authority (CMA) is likely.

However, sources told Bloomberg that the CMA could still allow the deal to continue, albeit with certain conditions, since the agency’s deliberations have not concluded.

“We continue to work through the regulatory process with the UK government,” an Nvidia spokesperson said in a statement to CRN. “We look forward to their questions and expect to resolve any issues they may have.”

The CMA previously said it delivered its phase one investigation on the Nvidia-Arm deal to Digital Secretary Oliver Dowden on July 20. The report, which was triggered by Dowden issuing an intervention notice in April, addressed any potential national security, competition and jurisdiction issues with the acquisition, according to the agency.

As CRN previously reported, Dowden is now expected to decide on whether to clear the acquisition, clear it with certain conditions or call for a phase two investigation. The digital secretary is not required to make a decision on the phase one investigation by a certain date, but his office said he will act “as soon as reasonably practical to reduce uncertainty.”

If Dowden calls for the CMA to begin a phase two investigation, he will be able to “take action to remedy, mitigate or prevent any effects adverse to the public interest” related to the Nvidia-Arm deal following the conclusion of the second investigation, the CMA previously said.

When Nvidia announced its US$40 billion deal to acquire Arm from Japan telecom giant SoftBank last year, it said the deal was expected to close in early 2022.

However, that timeline was already in question prior to Bloomberg’s Tuesday report due to alleged delays in reviewing the deal by regulators in Europe and China. The Telegraph reported on July 24 that the European Commission had yet to receive necessary documents from Nvidia, and The Information reported on July 30 that China’s government had yet to begin a formal review.

Nvidia has promised it would maintain Arm’s historic open-licensing model for silicon designs, but the deal has reportedly faced concerns over that aspect from Microsoft, Google and Qualcomm. Other industry players that have recently spoken up include Intel CEO Pat Gelsinger, who expressed his concerns about the deal. Chipmakers Broadcom, MediaTek and Marvell have all voiced support.

The GPU juggernaut has also vowed that Arm’s intellectual property would remain registered in the U.K. and that it would expand the chip designer’s research and development presence there.

Grow your software revenue by selling these 5 affordable, essential tools for the modern workplace
By Dylan Martin
Aug 4 2021
6:50AM