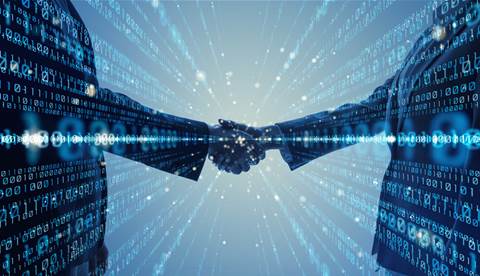 LONDON (Reuters) - Britain said on Thursday it was pursuing data partnerships with countries including Australia, the United States, South Korea and other fast-growing markets to break down barriers and boost trade after Brexit.

Britain said it would reform the data rules it agreed as an EU member by adopting a "common sense" approach that could help it secure data partnerships with other nations, immediately drawing a warning from Brussels.

Data adequacy partnerships mean organisations would not have to implement costly compliance measures to share personal data internationally when doing business, the UK's digital ministry said in a release.

"It means reforming our own data laws so that they're based on common sense, not box-ticking," said digital minister Oliver Dowden.

"And it means having the leadership in place at the Information Commissioner's Office to pursue a new era of data-driven growth and innovation."

Some of the cookie banners that pop up when people visit new websites could be banished in the new regime, Dowden told the Telegraph newspaper. He said many of the warnings were "pointless" and should go.

The data rules overhaul, however, could put London on a collision course with Brussels.

Britain incorporated its own version of the EU General Data Protection Regulation after it left the bloc.

The EU Commission said on Thursday it would closely monitor any developments to the UK's rules.

"When adopting the EU adequacy decisions, the Commission was fully aware of the risk of possible further divergences of the UK system from the EU system," a spokesperson said.

"This is why in case of problematic developments that negatively affect the level of protection found adequate, the adequacy decision can be suspended, terminated or amended at any time by the Commission. This can be done immediately in case of justified urgency."

Britain named New Zealand Privacy Commissioner John Edwards as the preferred candidate to oversee the shake-up as its next Information Commissioner.