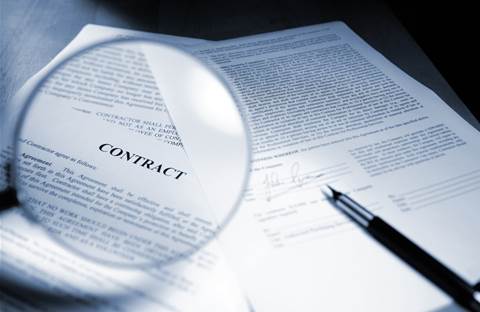 The United Kingdom is set to investigate national security concerns surrounding Nvidia’s pending US$40 billion acquisition of British chip designer Arm after saying it will intervene in the deal.

An Nvidia spokesperson told CRN that the company does not believe its pending Arm acquisition “poses any material national security issues.”

“We will continue to work closely with the British authorities, as we have done since the announcement of this deal,” he added.

Dowden’s office said he consulted with “officials across the investment security community” in making his decision to issue a public intervention notice.

“We want to support our thriving U.K. tech industry and welcome foreign investment, but it is appropriate that we properly consider the national security implications of a transaction like this,” Dowden said in a statement.

The CMA’s phase one report is due to Dowden at the end of July, and it is expected to shed light on whether there are any competition, national security or jurisdiction issues. Once Dowden has the report, he can decide to clear the acquisition, clear it with certain conditions or call for a phase two investigation for deeper scrutiny, according to the digital secretary’s office.

The digital secretary is not required to make a decision on the phase one investigation by a certain date, but his office said he will act “as soon as reasonably practical to reduce uncertainty.”

If Dowden calls for the CMA to begin a phase two investigation, he will be able to “take action to remedy, mitigate or prevent any effects adverse to the public interest” related to the Nvidia-Arm deal following the conclusion of the second investigation.

When Nvidia announced its US$40 billion deal to acquire Arm last year, it said the deal was expected to close in early 2022. While Nvidia has promised it would maintain Arm’s historic open-licensing model for silicon designs, the deal has reportedly faced concerns over that aspect from Microsoft, Google and Qualcomm. The chipmaker said Arm’s intellectual property would remain registered in the U.K. and that it would expand the chip designer’s research and development presence there.

Dominic Daninger, vice president of engineering at Nor-Tech, a Burnsville, Minn.-based Nvidia high-performance computing system integration partner, found the U.K. intervention surprising given that Arm is currently owned by a foreign entity, Japan-based SoftBank Group. But he expects the investigation will likely conclude with concessions made by Nvidia.

“They’ll settle things down that way,” he said. “In general, British and American interests are fairly parallel to each other in most cases.”

Daninger said the relevance of Arm’s technology to Nvidia was made very clear at the GPU maker’s GTC 2021 conference last week, where Nvidia announced multiple new products using Arm CPU designs, including a data center CPU that will target AI and HPC workloads in 2023.

“You sure see arm popping up in a lot of their products,” he said.