Ultrabook sales forecast slashed by more than half 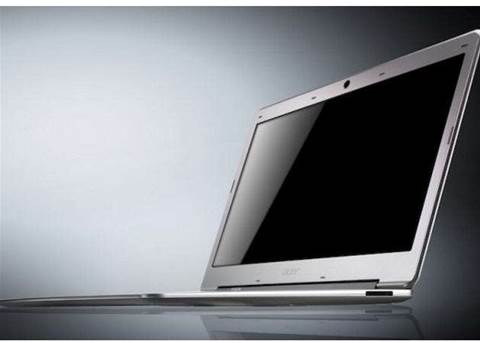 Ultrabooks continue to face a major uphill battle against smartphones and tablets, according to new research from industry analysts IHS iSuppli.

iSuppli slashed its 2012 ultrabook sales forecast by more than half, projecting approximately 10.3 million units to ship by the end of the year, compared to the 22 million it originally forecasted. The firm also revised its forecast for 2013, saying it expects nearly 44 million U\ultrabooks to ship, rather than the 61 million it originally projected.

Lower-than-expected ultrabook sales were partially attributed to price points that are still too high to lure customers away from other mobile devices, such as tablets. According to iSuppli, ultrabook price tags need to drop from the $US1000 level many are at now to the more modest $US600 range in order for sales to truly take off.

"With the economy languishing, ultrabook sellers may have trouble finding buyers at the current pricing, especially with fierce competition from new mobile computing gadgets such as the iPhone 5, Kindle Fire HD and forthcoming Microsoft Surface," said Craig Stice, senior principal analyst for compute platforms at HIS, in a statement.

iSuppli noted that a price drop, coupled with the debut of Microsoft's upcoming Windows 8 and new touch capabilities, could give ultrabooks a boost among consumers. But if ultrabooks primarily stay at the $US1000 price point where they are today, sales will continue to lag.

Intel, the chip maker responsible for spearheading the ultrabook movement, has already expressed plans to lower ultrabook prices. In a recent interview with CRN, Karen Regis, director of ultrabook marketing within Intel's PC Client group, said that the $US699 price point, in particular, will become more common over the coming months.

"We projected that OEMs will be able to hit entry-system price point of $US699 by the holidays. And I think the reports that I have read and stuff that I have seen on online retail, there are multiple systems now being offered at that price point, and it's not just one or two," Regis said. "So $US699, yes, it's doable."

But hefty price tags weren't the only hindrance to ultrabook sales identified by iSuppli. The firm also attributed its lowered sales outlook to a "lack of effective marketing" around ultrabooks, a trend that has been plaguing the traditional PC industry as a whole.

"There once was a time when everyone knew the 'Dude you’re getting a Dell' slogan. Nowadays no one can remember a tag line for a new PC product, including for any single ultrabook," Stice said. "So far, the PC industry has failed to create the kind of buzz and excitement among consumers that is required to propel ultrabooks into the mainstream."

iSuppli's outlook for ultrabooks wasn't entirely grim. The firm pointed to Intel's recently unveiled next-generation ultrabooks, which are slated to launch next year and introduce new capabilities such as support for touch and gesture control, as a potential source of growth. Intel said at its annual Intel Developer Forum last month that 40 touch-enabled ultrabook designs are already in its pipeline.

Many of these new ultrabooks will also boast convertible form factors with detachable keyboards, meaning they can be used in either traditional clamshell or tablet mode.

Voice recognition along with new GPS and security features are also expected to come natively with these new systems next year.

Eliminating departmental friction within MSPs
By Kristin Bent
Oct 3 2012
8:03AM