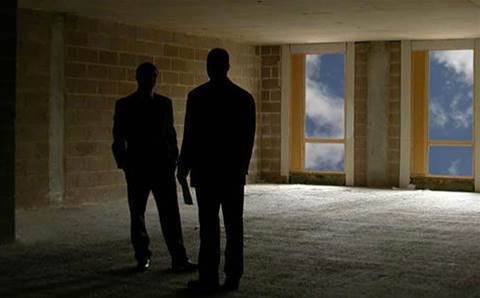 A network of senior education officials and software salespeople allegedly at the heart of a scheme to profit from the now-notorious Ultranet system has been laid bare by the Victorian government's corruption watchdog.

The Independent Broad-based Commission Against Corruption (IBAC) Friday officially labelled the Ultranet procurement process “corrupt” and said it is in talks with the Office of Public Prosecutions over the potential for criminal charges to be laid as a result of its inquiry.

IBAC has been looking into the failed Ultranet project at the Victorian Department of Education since 2014.

Announced in 2006, Ultranet was the agency's state-wide collaborative intranet touted as making life easier for students and parents alike.

But after three years, several terabytes of evidence, three search warrants and 36 public witnesses, IBAC has concluded that the project could have cost the taxpayers of Victoria anywhere between $127 million and $240 million - instead of $60.5 million.

IBAC alleged former deputy secretary and project owner of the Ultranet rollout, Darrell Fraser, was at the heart of the scheme.

It alleged Fraser hatched a plan to develop a student intranet when he was the principal of Glen Waverly Senior College prior to 2003, and to use the school as a test bed to commercialise the software and potentially licence it on a per-student basis worldwide.

Early on he linked up with other staff members of the school and employees of Oracle to develop the plan, and after a meteoric promotion to second-in charge of the Victorian Department of Education in 2003 put in motion what went on to become Ultranet.

Despite the Premier’s endorsement and a $1.4 million launch extravaganza, Ultranet has become an expensive failure for the state government.

This, the IBAC found, was in no small part the result of behind-the-scenes dealings within what was a loosely governed education department.

"Taken singly, many of the actions and behaviours by these public servants would be of concern," the IBAC alleged.

"Taken together, they show a disturbing pattern of improper behaviour.”

IBAC accused Fraser of using his position as deputy secretary at the department to ensure that a consortium made up of Oracle and systems integrators CSG won the Ultranet rollout at any cost.

These efforts allegedly stretched to:

Fraser would subsequently go on to accept a job with CSG in 2011, which allegedly enabled him to "potentially" earn incentive payments for attracting new customers to the underlying Ultranet intranet product.

“The advocacy that Mr Fraser undertook on behalf of CSG while still employed by the department potentially laid the foundation for future sales of the Ultranet product, resulting in potential incentive payments for Mr Fraser once formally employed by CSG,” said IBAC in a report handed down today.

“Throughout his tenure as deputy secretary, there was clearly a blurring of the lines between Mr Fraser’s role and responsibilities as a public officer and his involvement in the promotion of the commercial interests of CSG.”

While the Australian Securities and Investments Commission has already knocked back a request to look at a series of pre-announcement share purchases made by education officials into Ultranet contractor CSG, IBAC said it is still in talks with the Office of Public Prosecutions over whether charges could be laid over a $1 million payment allegedly obscured through faked recruitment contracts from the department to CSG.

IBAC claimed to have “strong evidence” the deals were a “mechanism contrived by Mr Fraser … and assisted by senior CSG executives, to corruptly inject funds into CSG to ensure the Ultranet project remained viable”.

The commission did not specify who it hopes to pursue charges against.

Who’s who in the Ultranet saga?

Darrell Fraser - Former second in charge of the Victorian education department, and project owner of Ultranet as deputy secretary. Accused of working to influence the Ultranet tender to ensure Oracle won the deal, and subsequently accepting lavish travel and gifts from the vendor. Admitted to hiding a $1 million payment to Ultranet systems integrator CSG in what he says was an attempt to stop them from abandoning the project.

John Allman - former education department executive who admitted to buying shares in CSG two days before its selection for the Ultranet contract was announced, after he’d overheard the details of the deal while in a car with his colleagues. Allegedly made $14,500 from the purchase.

Ian Morrison - says he bought CSG shares after a tip off from his friend Allman, despite having never heard of the company before, earning himself $12,000.

Jeff Rosewarne - One-time acting secretary of the education department, who is alleged to have “effectively ran the Department” with Fraser.

Bronwyn Pike - Victorian Education Minister who signed off on the Ultranet project. Admitted that a $1.4 million bill for the extravagant Ultranet launch party “seems excessive”.

Ron Lake - Member of the Ultranet steering board. Bought $109,568 worth of shares in CSG while he was in the role.

Greg Martin - Started working with Fraser on an early version of the Ultranet back in 2003, while he was employed by Oracle. While working on the Ultranet bidding team for Oracle, he was allegedly sending covert emails to Fraser containing sensitive information about the bid, in breach of government probity rules. Accused of using his relationship with Fraser to steer the tender and Oracle towards a consultancy he had a stake in.

Frank Aloisio - One of the original developers of the Ultranet product at Glen Waverly Senior College. Allegedly benefited from his links to Fraser and other key Ultranet decision makers during the tender process.

Denis Mackenzie - then CEO of CSG who allegedly requested an extra $1 million to be paid to his company to keep it afloat and working on the Ultranet project.