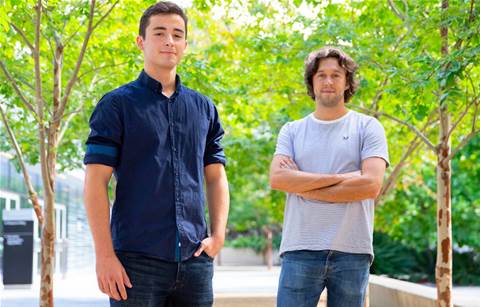 University of Sydney student Pablo Bonilla Ataides has had a piece of code he pioneered as an undergrad project taken up by AWS’s quantum computing program.

“In second-year physics, I was asked to look at some commonly used error-correcting code to see if we could improve it. By flipping half of the quantum switches or qubits in our design, we found we could effectively double our ability to suppress errors,” Bonilla Ataides explained.

Error correction is one of the biggest barriers to the commercialisation of quantum computing and this “simple but ingenious” change to the code effectively doubles its capacity to correct errors in the quantum machines being designed in the emerging technology sector.

The elegant solution caught eye of researchers in quantum technology programs at Yale University and Duke University in the United States, as well as those at the AWS Center of Quantum Computing in California.

The research has been published in Nature Communications.

The results of the study, co-authored by Dr Steve Flammia who recently moved from the University of Sydney to AWS’s quantum computing effort, are to feature in the tech company’s arsenal of error correction techniques as it develops its quantum hardware.

Australia has long had a strong presence in the global quantum research community and now companies all over the country are working toward maintaining that leadership in the race to commercialise the tech.

“This research surprised me. I was amazed that such a slight change to a quantum error correction code could lead to such a big impact in predicted performance. The AWS Center for Quantum Computing team looks forward to collaborating further as we explore other promising alternatives to bring new, more powerful computing technologies one step closer to reality.”

The ‘switches’ in quantum computers, known as qubits, are particularly sensitive to interference, or ‘noise’, from the external environment.

To get quantum computers functioning consistently, that noise needs to be reduced by using some capacity of the machines to suppress qubit errors below a certain threshold.

That is where quantum error correction comes in.

Yale quantum research program Assistant Professor Shruti Puri said, “What amazes me about this new code is its sheer elegance. Its remarkable error-correcting properties are coming from a simple modification to a code that has been studied extensively for almost two decades.

“It is extremely relevant for a new generation of quantum technology being developed at Yale and elsewhere. With this new code, I believe, we have considerably shortened the timeline to achieve scalable quantum computation.”

Co-author and Associate Dean (Research) in the Faculty of Science Professor Stephen Bartlett added, “What’s great about this design is that we can effectively retrofit it to the surface codes being developed across the industry.

“Having the code work on a two-dimensional surface is ideal for application in an industry that has historically produced 2D chip designs. We are optimistic that this work will help the industry build better experimental devices.”

Mr Bonilla, a Dalyell Scholar at the University of Sydney, has started his honours year in quantum computing in the School of Physics.