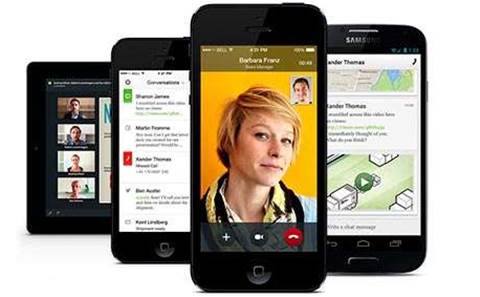 Almost a year since its major rebranding, Unify - the company formerly known as Siemens Enterprise Communications - has revealed Circuit, a hosted collaboration platform it says will drastically simplify the way enterprise teams communicate.

Circuit, which was in development for two years under the code name 'Project Ansible,' is designed to bring together a range of collaboration applications - including voice, video, screen sharing, messaging and file sharing - into one platform that can be managed through a single pane of glass.

According to Diane Salvatora, vice president of North America portfolio management at Unify, the goal of Circuit is to allow users to switch seamlessly from one collaboration function to another, without having to constantly swivel from one app to the next.

"We are removing the burden of you having to switch from application to application," Salvatora said. "It's really an innovative and new way in which workers and teams can collaborate."

Salvatora said all the applications included in Circuit share the same basic user interface and can all be managed via the same management portal.

The platform, which is delivered as a subscription-based service and requires no additional hardware, also lets users jump from device to device, starting a conversation, for example, on an tablet and then picking it up again on a smartphone.

Unify said, out of the gate, Circuit can be used on laptops with a Google Chrome web browser, along with iPhones and iPads. Support for Android devices is expected by January 2015.

Salvatora said Circuit will be sold first by Unify's direct sales team, but will be opened up to the channel later.

"In the first phase… we are going to focus on our direct SaaS sales team, and we are doing that because we want to have a focus on ensuring that we build up a strong customer base, and that we prove this SaaS sales model," Salvatora said.

"From there, we will start working with our partners to help ramp them up to take on a similar SaaS sales model."

Unify revealed details of the new program earlier this month and said it would give partners access to more of its portfolio, including its OpenScape Voice and OpenScape 4000 platforms.

It's one of several shake-ups Unify has made to its channel organisation over the past year, as it looks to grow its partner footprint. In May, Unify tapped former Comstor President Jon Pritchard as its first-ever worldwide channel chief.

Pritchard told CRN US at the time that Unify does roughly 25 percent of its business through partners. The goal, he said, is to up that number to between 40 percent and 50 percent.

Unify's new channel focus is part of a broader transformation the Munich-based company has undergone in the past year. Last October, Unify shed its former identity as Siemens Enterprise Communications, in a bid to do more business in North America and create a brand that would distinguish itself from parent company and German conglomerate Siemens AG.

Unify is still owned by Siemens AG and investment firm The Gores Group, which has a 51 percent stake.

"I think the rebranding has been very successful," Salvatora told CRN US. "The name change to Unify helped to elevate recognition of what we do in the market. Siemens, obviously, is a great, strong engineering name. But the Unify name really speaks to what we do."

Circuit sells for US$14.95 per user per month in the US. As part of the launch, Unify is also offering customers a free 60-day trial.