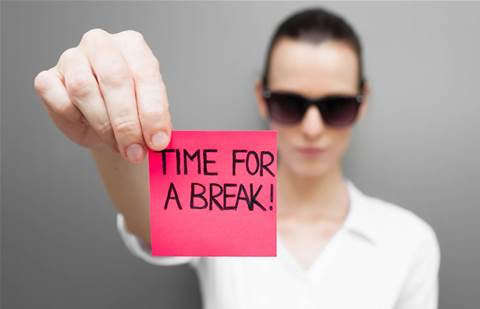 The Communications Workers Union (CWU) has claimed some Telstra staff were "forced" into taking annual leave during the telco’s shutdown across some of its sections despite having no formal direction made to employees.

“Members in affected workplaces were advised/expected/forced/encouraged and/or directed (depending on the audience) to take leave during this period,” a CWU bulletin published on February 25th said.

“Telstra claims that no formal direction was made to employees, however, many of the reports received by the Union paint a very different picture. Call it what they like, the message to staff was clear that they were to be forced onto leave, during the shutdown.”

The Union said while it was the first time Telstra effected such a shutdown, recent correspondence with the telco suggested that the forced leave will become a regular occurence.

“[CWU’s] national office has warned Telstra about walking that very fine but critical line between encouraging and directing employees on to annual leave,” the bulletin read.

The CWU reminded its members that the Fair Work Act only allows employers to direct an employee to take paid leave when the requirement is reasonable. “It is important that members understand that if it is not reasonable for Telstra to require you to take leave at a particular time, then you can’t be forced onto leave,” the Union said.

To qualify the ‘forced leave’ as being reasonable would depend on a number of factors like how much notice the employee was given, as well as their personal circumstances. “Any blanket approach taken by Telstra completely disregards this.”

The Union urges members that have already made plans who will be impacted by a forced leave situation, or who will be forced to take unpaid leave when they have insufficient leave credits to contact their state branch office.

“We want you to take you holidays when YOU want and encourage you all to plan and book your leave before Telstra tries to do it for you.”

7 steps to MSP success: from pricing to specialisation
By Nico Arboleda
Feb 26 2020
6:51AM