Uniti Group to be acquired for $3.7 billion by Morrison & Co, Brookfield Asset Management 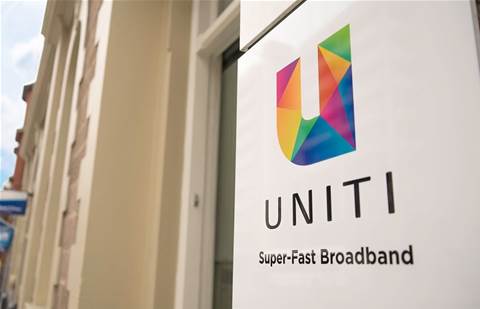 In an ASX announcement, Uniti revealed it has signed a scheme implementation deed with the consortium after accepting its $5 per share offer in March.

The Morrison/Brookfield consortium last month matched the offer made by The Connect Consortium, which consisted of Australian investment firm Macquarie Infrastructure and Real Assets (MIRA) Holdings and Public Sector Pension Investment Board. Morrison & Co initially bid $4.50 per share for Uniti, or $3 billion at the time, before teaming up with Brookfield for the revised offer.

Uniti said its board of directors unanimously recommended shareholders vote in favour of the proposal unless a superior proposal has been submitted.

“The Uniti board is unanimous in its view that this transaction is in the best interests of Uniti shareholders. In making this assessment, the board, including independent directors, has carefully considered a range of matters including its view of the intrinsic value of Uniti taking into account the company’s current position and future prospects, and the certainty for shareholders of this all-cash offer,” Uniti independent non-executive chair Graeme Barclay said.

“We believe this transaction is a very good outcome for Uniti’s shareholders, and for stakeholders more broadly, including our customers, executives, employees and suppliers.”

Uniti added the deal is subject to conditions including approval from its shareholders and the Australian Foreign Investment Review Board.

Uniti managing director and chief executive Michael Simmons said, “The value placed on Uniti by the Morrison/Brookfield Consortium is a testament to the strength of the Uniti business we have built over the last 3 years since our listing on the ASX in February 2019.

“We have built a high-quality business with long-term annuity earnings, generated from best-in-class fibre access networks and telecommunications technologies. We are immensely proud of the achievements of the Uniti team and believe that under its proposed new ownership, Uniti will continue to build upon its now established place as a successful, growing participant in the market for high speed, high quality, fibre access networks.”