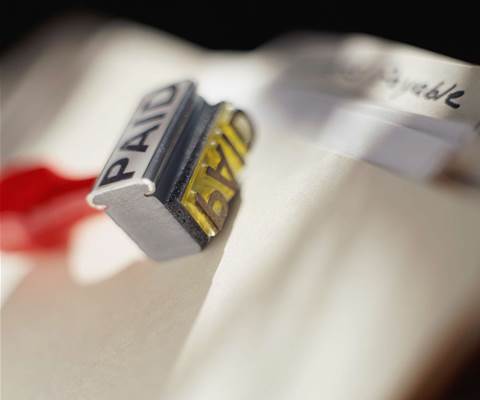 CRN can reveal that a debt-ridden S Central has not paid several of its staff for close to a month and is referring them to a Government-funded scheme for staff made redundant within insolvent companies.

Several full-time S Central staff have contacted CRN alleging that they have not been paid in close to four weeks - with this Wednesday the deadline for a second fortnightly pay run.

Brennan IT, which agreed late last week to acquire the physical assets of the company for an undisclosed sum, is offering the staff positions but is not prepared to offer back-pay.

Brennan IT CEO Dave Stevens told CRN he was aware that a "limited number" of S Central staff were still owed entitlements.

"It is my understanding that the Federal Government GEERS scheme (General Employee Entitlements and Redundancy Scheme) ensures that outstanding entitlements and salaries are to be paid."

GEERS, according to the Department of Education, Employment and Workplace Relations web site, is a "basic payment scheme established to assist employees who have lost their employment due to the liquidation or bankruptcy of their employer and who are owed certain employee entitlements."

It is unclear at this stage whether Mavridis has been declared bankrupt nor if the shell of S Central (that which was not sold to Brennan IT) has been placed into liquidation.

Stevens said he had "looked into" the GEERS scheme and that it "appears there is a route for staff to recover entitlements that way."

"While it isn't as straightforward and simple as saying Brennan will cover your back-pay, we are saying it's covered and that we are filling up any gaps we know to be there."

Stevens said those S Central staff with financial difficulties have his "absolute empathy."

Stephens said that should S Central staff join Brennan IT - for which an offer has been made until Wednesday - they will be included in a pay run this Friday for their first three days of work.

"We are offering S Central employees a stable place to work - a landing spot to turn up on Wednesday," Stevens said. "We will also cover any outstanding commissions, recognising that there is a gap there - commissions are not covered by the GEERS scheme. We can also loan money if staff have financial problems.

"Once the emotions clear the facts will be seen as they exist - for the most part, no one will be left significantly out of pocket."

According to documents filed by ComputerCorp during its attempted acquisition of S Central in August, S Central was to be purchased for just $100.

The documents revealed that the purchase consideration for S Central was $10,800,100 "which includes the assumption of S Central's consolidated net liabilities of $10,800,000".

CRN understands that the deal was structured this way in order to ensure that Mavridis paid trade creditors (including IT vendors and distributors) at least $5 million of S Central's debts and in doing so allow ComputerCorp to maintain its favour with suppliers.

Stevens said Brennan IT had no requirement to also make such a provision.

"We are doing an asset purchase, it is a very different deal to the ComputerCorp arrangement," he said.

Vendors and distributors would be in no position to claim their S Central debts from Brennan IT post the acquisition.

"We have all the appropriate warranties from S Central that you'd expect from any asset sale - specifically that there cannot be any argument over title of the assets - that we require them to be unencumbered," Stevens said.

S Central vendor partners Dell and HP have also been contacted for comment.

Are you a creditor or unpaid staff member of S Central? Feel free to contact CRN or comment below.