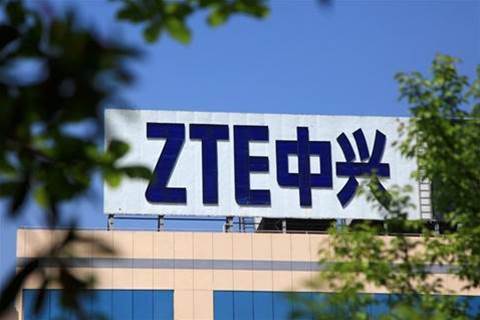 Washington and Beijing are nearing a deal that would remove an existing US order banning American firms from supplying Chinese telecommunications firm ZTE Corp, two people briefed on the talks told Reuters.

The people, who declined to be identified because the negotiations were confidential, also said the deal could include China removing tariffs on imported US agricultural products, as well as buying more American farm goods.

ZTE, hit by a seven-year ban in April which effectively crippled its operations, would gain a major reprieve after the world's two largest economies stepped back from the brink of a fully blown trade war following talks last week.

The company did not immediately reply to requests for comment.

White House advisors have said publicly that the ban against ZTE is being reexamined, but that the firm would still face "harsh" punishment, including enforced changes of management and at board level.

One person told Reuters there was a "handshake deal" on ZTE between US Treasury Secretary Steven Mnuchin and Chinese Vice Premier Liu He during talks in Washington last week that would remove the US Commerce Department's ban on American companies selling to ZTE in exchange for the purchase of more US agricultural products.

The second person said China may also eliminate tariffs on US agriculture products it assessed in response to US steel duties as a part of the deal, and that ZTE could still be forced to replace its corporate leadership, among other penalties.

Both sources said the deal, while not yet cemented, was likely to be finalised before or during a planned trip by US Commerce Secretary Wilbur Ross to Beijing next week to help finalise a broader trade agreement to avert a trade war.

The company, publicly traded but whose largest shareholder is a Chinese state-owned enterprise, had been hit with penalties for breaking a 2017 agreement after it was caught illegally shipping US goods to Iran and North Korea, in an investigation dating to the Obama administration.