US court awards Oracle another injunction against Rimini Street 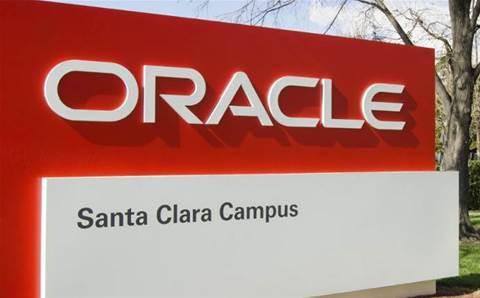 Oracle has won another injunction from a federal court barring Rimini Street, a third-party software maintenance provider, from selling controversial services around its enterprise products.

The long-running legal feud over the lengths third-parties can go to offer and maintain proprietary software from name-brand vendors has seen twists and turns as Oracle looks to set a precedent that will keep other upstarts from cutting into a highly profitable support business.

After an initial injunction was vacated by the Ninth Circuit Court of Appeals, US District Judge Larry R. Hicks on Tuesday granted a new one, finding Rimini infringed on 93 Oracle copyrights and "irreparably injured" the software giant's business.

Rimini Street, based in Las Vegas, said it's not done fighting Oracle, and pledged to appeal the decision, which has "the same legal defects and flaws" that undid the first injunction in the case.

Making an example of Rimini is important to Oracle, which, like many major software vendors, derives significant profits from selling annual support for its licensed products—a business with extraordinarily high margins.

Rimini Street has often undercut both Oracle and SAP by 50 percent on the price of maintenance and support services for their applications, including Oracle's PeopleSoft, Siebel and JD Edwards software.

While third-party support is legal, the dispute revolved around Rimini's practices hosting Oracle software on its own servers, "cloning" that software to bring it to multiple customers and using Oracle support material to provide its services.

The case still went before a jury in 2015, which awarded Oracle some US$50 million in damages, and another US$46 million in attorney's fees, finding Rimini "innocently" infringed on Oracle copyrights. The jury decided the violation was not "willful" and Oracle didn't lose profits because of it.

Rimini appealed part of the verdict while taking some responsibility for the non-intentional infringement.

Oracle later won the first injunction in the case to prevent Rimini from further engaging in the contested business practices.

In January of this year, after vacating that injunction, the Ninth Circuit reduced the judgement by US$50 million. Rimini later argued Oracle owed it another US$32 million refund, because of faulty calculations of interest and non-taxable costs in the case.

Judge Hicks slapped Rimini with another US$28.5 million in attorney's fees in the latest ruling, which Rimini said it will release from an escrow account to Oracle as its appeal plays out.