US court to hear long-running Google vs. Oracle case 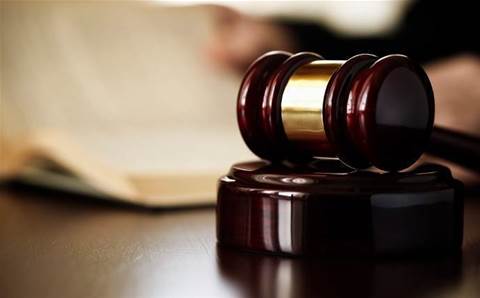 With potentially billions of dollars on the line, the US Supreme Court said Friday it will hear arguments in a long-running copyright case between tech giants Google and Oracle involving the Android mobile operating system.

The complex case pitting two Silicon Valley giants against each other has raged on since 2010, and already saw many twists and turns before a jury found in favor of Google only to have that decision reversed by a circuit court. That prompted Google's appeal to the nation's highest court this past March.

Oracle at the time asked the US Supreme Court to not review an appellate court's decision finding Google violated Oracle's copyright of the Java platform when building the Android mobile operating system.

Oracle noted Google had previously asked for a writ of certiorari—the legal term for review by the high court—in 2015 without success in an earlier phase of the case, and the company argues nothing has changed in the time since.

Oracle believes Google destroyed its hopes of competing as a smartphone platform developer with the Java platform, which enables development and execution of software written in Java, including through APIs that access a vast software library. The lawsuit alleged Google copied those APIs without a proper license.

Java was developed at Sun Microsystems, which Oracle acquired in 2010.

"Google’s theory is that, having invested all those resources to create a program popular with platform developers and app programmers alike, Oracle should be required to let a competitor copy its code so that it can coopt the fan base to create its own best-selling sequel," Oracle's brief stated.

In September, the US Department of Justice filed an amicus brief urging the Supreme Court to decline Google’s appeal to the court.

Google said it welcomed the Supreme Court’s decision to hear the case.

“We welcome the Supreme Court’s decision to review the case and we hope that the Court reaffirms the importance of software interoperability in American competitiveness,” said Kent Walker, SVP, Global Affairs, in a statement to CRN USA. “Developers should be able to create applications across platforms and not be locked into one company's software. ”