U.S. finalising federal contract ban for companies that use Huawei, others 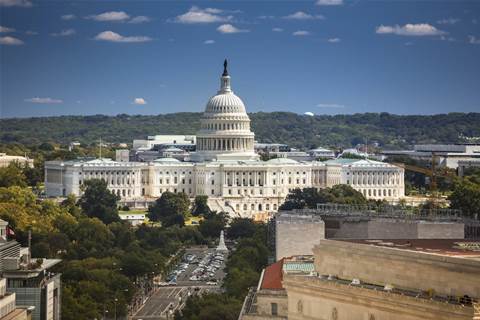 The Trump administration plans to finalise regulations this week that will bar the U.S. government from buying goods or services from any company that uses products from five Chinese companies including Huawei, Hikvision and Dahua, a U.S. official said.

The rule, which was prompted by a 2019 law, could have far-ranging implications for companies that sell goods and services to the U.S. government since they will now need to certify they do not use products from Dahua or Hikvision, even though both are among the top sellers of surveillance equipment and cameras worldwide.

The same goes for two-way radios from Hytera Communications Corp and telecommunications equipment or mobile devices like smartphones from Huawei Technologies [HWT.UL] or ZTE Corp.

Any company that uses equipment or services in their day-to-day operations from these five companies will no longer be able to sell to the U.S. government without obtaining a U.S. government waiver.

The White House action comes amid increasing U.S.-China tension over the handling of the novel coronavirus, China's actions in the former British colony of Hong Kong and a nearly two-year trade war.

"The danger our nation faces from foreign adversaries like China looking to infiltrate our systems is great," said Russ Vought, acting director of the White House Office of Management and Budget in a statement to Reuters.

"The Trump Administration is keeping our government strong against nefarious networks like Huawei by fully implementing the ban on Federal procurement."

Huawei did not have an immediate comment. Dahua, ZTE, Hikvision and Hytera could not immediately be reached for comment.

The U.S. government annually awards more than US$500 billion in contracts, according to the Government Accountability Office.

The rule from the Federal Acquisition Regulatory Council will take effect on 13 August.

While there was previously uncertainty in the contracting community surrounding the implementation and enforcement of the rule, given its potential impact on contractors, the White House is making clear it will not be delayed and waivers could be difficult to get.

While it is unclear if this will have an impact on current contracts, it could complicate future contracts.

Amazon.com Inc , for example, received 1,500 cameras to take temperatures of workers during the coronavirus pandemic from Zhejiang Dahua Technology Co Ltd in April.

Amazon's cloud unit is a major contractor with the U.S. intelligence community, and it has been battling Microsoft Corp for an up to US$10 billion cloud computing deal with the Pentagon.

The official said the administration will require agencies to conduct a national security analysis before they grant any waivers, something Congress did not expressly require in the statute.

The official added that the rule is aimed at more than just barring government agencies from using products from Huawei and other named Chinese firms, but is a bid to limit their influence, saying it essentially gives companies a choice: do business with the U.S. government or with the Chinese firms.

It is the latest effort by Washington to isolate the Chinese firms.

Last year, the United States placed Huawei, Hikvision and other firms on its economic blacklist, barring the firms from buying components from U.S. companies without U.S. government approval.

On June 30, the Federal Communications Commission formally designated Huawei and ZTE Corp as posing threats to U.S. national security, a declaration that bars U.S. firms from tapping an US$8.3 billion government fund to purchase equipment from the companies.