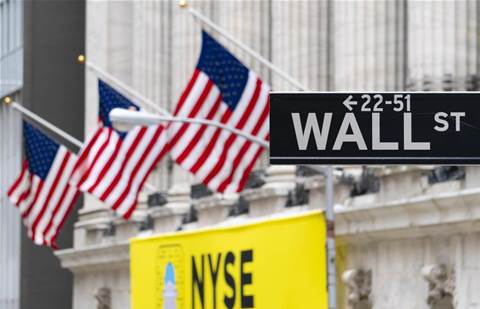 Worries that a broadening trade war between the United States and China will upend the global supply chain are prompting some US fund managers to buy shares of companies they believe will shield them from such disruptions.

Managers from Baron Funds, Thornburg Investment Management, and James Advantage Funds are among those that are buying or adding to positions in companies ranging from cloud-based companies like Salesforce.com to London-based online food delivery company Just Eat Plc that get most of their revenues in their domestic markets, all in an effort to sidestep possible disruptions caused by trade tariffs.

"We've positioned the portfolio to minimize the risk of exposure to companies that might be more directly impacted," said Brad Slingerlend, a portfolio manager of the US$2.8 billion Janus Henderson Global Technology fund.

Slingerlend has been reducing his weight in semiconductor companies overall, he said, while adding to Chinese internet companies such as Tencent Holdings Ltd and Alibaba Group Holdings Ltd on declines. At the same time, Salesforce.com is now the second-largest position in his portfolio, helped in part by the 31.4 percent gain in the company's shares for the year-to-date.

"The trend to more and more cloud computing is going to march on despite whether a trade war will happen with China," he said.

The US is targeting US$34 billion of Chinese goods for tariffs to take effect on 6 July, and has threatened tens of billions of dollars more for similar duties. That has helped sink the shares of chipmakers and other industries that rely heavily on a Chinese supply chain. The US$1.8-billion iShares PHLX Semiconductor ETF has dropped 5.2 percent over the last week, more than double the 2 percent drop in the broad S&P 500 index.

Yet there are also signs that some investors are picking up stocks that they think have been unduly hit by the tariff worries.

Fund flows into the PHLX Semiconductor ETF, for instance, rose 5 percent in the week ending 27 June from the week before, even as its shares fell 6.9 percent over the same period, according to Lipper data. That positive inflow was more than 5 times larger than the 0.7-percent flow into the broad SPDR XLT ETF, which tracks the S&P 500 tech sector as a whole.

Michael Lippert, portfolio manager of the US$395 million Baron Opportunity fund, said that he is waiting for deeper declines in the stock market from trade concerns before adding to his positions.

"If we have another few days of pullback, I absolutely have my list of companies that are hitting the price targets I want," he said.

Among his new positions is a stake in US$395 million integrated circuit maker Aquantia Corp, which makes chips used in data centers and automated driving. Shares of the company are up 4 percent for the year, and are down 25 percent over the last 3 months in part due to trade worries.

"In a hot market like this, you want to find a company that's been overlooked," Lippert said.

Sean Koung Sun, a co-portfolio manager of the US$1.8 billion Thornburg International Growth fund, said that his fund is focusing on technology companies that rely on domestic demand more than trade.

He has been adding to his position in companies such as TAL Education Group, which operates online and in-person after-school tutoring centers in China. Shares of the company are up 22 percent for the year to date, including a 12.5 decline in the last month.

"This is a way to reach the lower-tier cities in China, and technology makes it frictionless," Sun said.

He is also increasing his position in Just Eat, an online food delivery application which operates in markets including the UK, France, Italy and Mexico. Shares of the company are now down 1.3 percent year-to-date after its shares fell sharply Wednesday following cautious guidance from the company's capital markets day.