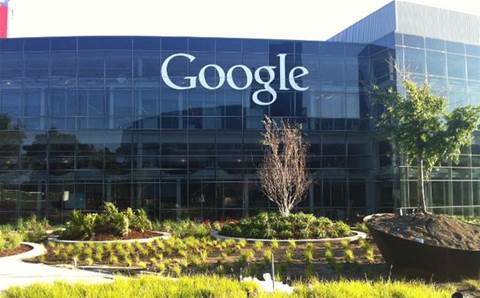 Amid dissent from its own attorneys, the US Department of Justice is rushing toward filing an anti-trust case against Google, possibly by the end of September, according to a report in the New York Times.

Attorney General William Barr has overruled career prosecutors in his charge who believe a strong case can be built against the internet giant for monopolistic practices, but they need more time to do that effectively, the newspaper reported Thursday, citing five anonymous sources “briefed on internal department conversations.”

Those attorneys were concerned that Barr, who has taken “a deep interest in the Google investigation” and is routinely briefed on its progress, often providing direct feedback, was forcing a hurried timeline based on the political concern of an upcoming election, according to the New York Times.

Breaking up Google’s practices is a popular and bipartisan issue, but disagreements over the pace of that concerted investigation seem to be emerging along partisan lines.

One year ago, 50 Democratic and Republican attorneys general announced the bipartisan investigation into potentially “monopolistic” online search and advertising practices at Google.

The New York Times reports Democrats perceive their Republicans counterparts in that group wanting a narrower case to allow charges to be brought before the election to boost President Donald Trump’s campaign, while Republicans suspect Democrats are slow-walking the matter by pursuing a more comprehensive scope.

It’s not clear what states, if any, will join a DOJ case if it comes in the coming months.

Last year, the Department of Justice opened its probe of Google‘s practices related to search and advertising. Google owns 90 percent of the search market, and one-third of all online advertising. The Federal Trade Commission ceded control of the investigation to the DOJ.

In September of 2019, Google acknowledged the DOJ requested information and documents regarding prior antitrust investigations in the U.S. and other parts of the world as its first step in the probe.

At the time, Google pledged to demonstrate it was “engaging in robust and fair competition,” wrote Kent Walker, Google‘s senior vice president for global affairs, in a Google blog post.

In his confirmation hearing in July of 2019, Barr, then President Trump‘s nominee to lead the U.S. Department of Justice told a Senate panel, “big is not necessarily bad.”

“But I think a lot of people wonder how such huge behemoths that now exist in Silicon Valley have taken shape under the nose of the antitrust enforcers,” Barr went on to say.

The AG nominee said he wanted to assess how the Justice Department‘s antitrust division has been functioning, and what its priorities were.

“You can win that place in the marketplace without violating the antitrust laws,” Barr told senators. ”But I want to find out more about that dynamic.”

Barr started the exchange by saying he believed the purpose of the antitrust laws is to protect competition, “and it is competition that ultimately redounds to consumer benefits.”

CRN USA has reached out to Google and the Department of Justice for comment.

Google settled an antitrust probe in 2013 with the FTC without incurring any punitive fines. FTC regulators examined whether Google, following its acquisition of Motorola, sought or threatened injunctions against competitors‘ products through the International Trade Commission, despite prior promises from Motorola to license relevant patents.