US govt reportedly seeking to cut out Huawei on 5G 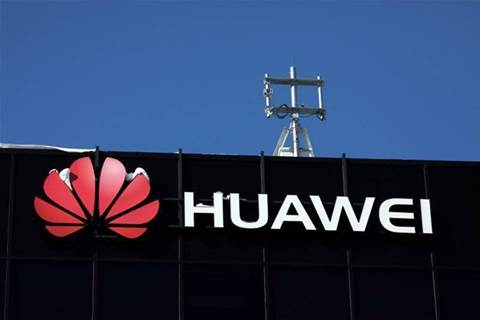 The United States government is reportedly working with companies including Dell Technologies, Microsoft and AT&T to develop 5G network software that could provide an alternative to technologies from Huawei.

The Chinese company, which is a dominant maker of equipment for high-speed 5G networks, has faced increasing scrutiny from US officials who believe the company's products pose a national security risk. Huawei has denied the allegations.

Larry Kudlow, a top economic adviser to President Donald Trump, discussed the 5G network software project with The Wall Street Journal. Kudlow said that the White House’s goal is "to have all of the US. 5G architecture and infrastructure done by American firms, principally,” according to the report.

Kudlow reportedly mentioned that Dell, Microsoft and AT&T are involved in the project. Microsoft and AT&T did not immediately respond to a request for comment. Dell responded with a statement saying that "Dell Technologies, including VMware, works with governments and carriers around the world in support of many modern technology solutions. We are actively supporting 5G and the rapid deployment of 5G services and are excited about the opportunities it presents."

The US effort seeks to create 5G network software that can run on equipment "from nearly any hardware manufacturer," reducing or eliminating the need for Huawei's technologies, the report said. But the project is in a "preliminary stage,” according to the Journal report.

The effort appears to represent an escalation of the attempts by US officials to cut Huawei out of the country. Andy Purdy, chief security officer at Huawei Technologies USA, said in a statement provided to CRN USA that the move "will negatively impact the benefits that can be realized by 5G in the US."

Purdy urged the US government to encourage American companies to license Huawei's 5G technology instead.

"Unless the new products include 5G IP licensed from Huawei (for hardware and software), the combined product will be one to two years behind the comparable Huawei products in terms of functionality and assurance," Purdy said in the statement.

The move by the White House seems to show that politicians in the US are deciding which companies should get "country support" over others, which could turn out to be dangerous, said a solution provider executive who asked to not be identified.

"The natural process is usually a public bid and companies are then selected based upon price and functionality," the solution provider executive said.

In addition, "Dell and Microsoft have no background in this technology, but I assume could ramp up," the executive said.

Huawei has a limited presence in the US, with its equipment used by network operators in some rural communities. Huawei has operators as customers in states including Illinois, Colorado, Pennsylvania, Oklahoma, Tennessee, Oregon, Nebraska and Utah, said Tim Danks, vice president of risk management and partner relations at Huawei, in an interview with CRN USA in January.

Danks said that Huawei had at one point been expecting to work with its current US customers on 5G.

"We definitely expected to be able to work with our existing wireless customers in the U.S. to continue to evolve their networks," Danks said.

He added that in these rural markets, “some of them wouldn't have networks today if it wasn't for us.”

Last May, the US Commerce Department added Huawei to its so-called entity list that prohibits technology purchases from US companies without government approval.

The agency said the decision stems from a review of information showing that there is a "reasonable basis to conclude that Huawei is engaged in activities that are contrary to US national security or foreign policy interest." This includes alleged criminal activities—among them, trade secret theft and wire fraud, according to the agency.