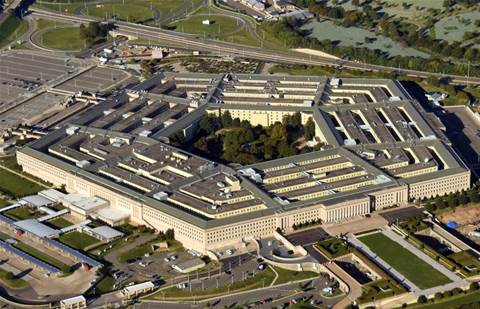 The US Department of Defense is ditching its potentially US$10 billion Joint Enterprise Defense Infrastructure (JEDI) cloud computing contract won by Microsoft in October 2019 — an award that was mired in litigation filed by rival Amazon Web Services.

The DOD today, in a press release, said that it had determined that “due to evolving requirements, increased cloud conversancy, and industry advances, the JEDI cloud contract no longer meets its needs.”

The DOD announced a new multi-vendor contract — the Joint Warfighter Cloud Capability — saying it still requires enterprise-scale cloud capabilities. And it plans to solicit proposals for the contract from a “limited number of sources” — namely Microsoft and AWS — ”as available market research indicates that these two vendors are the only cloud service providers (CSPs) capable of meeting the department’s requirements.” But, as noted in its pre-solicitation notice, the DOD said it will immediately engage with industry and continue its market research to determine whether any other US-based hyperscalers also can meet its requirements.

“The department continues to have unmet cloud capability gaps for enterprise-wide, commercial cloud services at all three classification levels that work at the tactical edge, at scale — these needs have only advanced in recent years with efforts such as Joint All Domain Command and Control (JADC2) and the Artificial Intelligence and Data Acceleration (ADA) initiative,” the DOD said in a statement today.

JEDI was developed at a time when the department’s needs were different and both the cloud computing providers’ technology and the DOD’s cloud conversancy was less mature, according to John Sherman, the DOD’s acting chief information officer.

“In light of new initiatives like JADC2 and AI and Data Acceleration (ADA), the evolution of the cloud ecosystem within DoD, and changes in user requirements to leverage multiple cloud environments to execute mission, our landscape has advanced and a new way ahead is warranted to achieve dominance in both traditional and non-traditional warfighting domains,” Sherman said.

The DOD previously had acknowledged a possible reassessment of the JEDI contract to digitally modernise the agency, including the military. In February, the DOD had said it may rethink its cloud computing procurement strategy, citing the prospect of continued lengthy litigation of the contract in a Jan. 28 information letter sent to Congress. And in May, Kathleen Hicks, deputy secretary of defense under the Biden administration, had said while moving to a cloud architecture is “vital” for the DOD, the Pentagon must reassess where it stands on the JEDI project as the ongoing litigation surrounding the contract award continues to delay any work.

Microsoft’s 2019 landing of the 10-year JEDI contract was an upset win for the No. 2 cloud provider. No. 1 AWS, which had been viewed as the expected winner, contested the award, and a temporary restraining order halting Microsoft work on the contact was issued in February 2020 and remained in place.

AWS’ lawsuit, filed in the U.S. Court of Federal Claims in 2019 following the contract award, alleged that the DOD erred in its technical evaluation of cloud providers’ bids for the contract, and that the White House under the Trump administration — including former President Trump himself — had undue political influence on the bid selection process. AWS alleged that Trump’s “unapologetic bias” against Amazon and its former CEO Jeff Bezos – also owner of The Washington Post -- tainted the awarding of the contract.

“Through his public statements and explicit and implicit directives to senior DOD officials, President Trump made known his unapologetic bias against Amazon and [Amazon founder and former CEO Jeff] Bezos and his fervent desire that AWS not be awarded the JEDI contract,” AWS alleged in the complaint.

In April, a US judge denied Microsoft’s and the U.S. Department of Justice’s requests to dismiss AWS’ complaint regarding the alleged Trump administration interference. In a sealed opinion and order filed with the U.S. Federal Court of Claims, Judge Patricia Campbell denied the sealed motions to dismiss filed in November.

Microsoft today said it understood the DOD’s rationale in cancelling the JEDI contract and “it’s clear the DoD trusts Microsoft and our technology, and we’re confident that we’ll continue to be successful as the DoD selects partners for new work.”

“We understand the DoD’s rationale, and we support them and every military member who needs the mission-critical 21st century technology JEDI would have provided,” Toni Townes-Whitley, president of U.S. regulated industries, said in a blog post today. “The DoD faced a difficult choice: Continue with what could be a years-long litigation battle or find another path forward. The security of the United States is more important than any single contract, and we know that Microsoft will do well when the nation does well. Amazon filed its protest in November 2019, and its case was expected to take at least another year to litigate and yield a decision, with potential appeals afterward.”

Microsoft said AWS’ legal wrangling in the 20 months since the DOD selected Microsoft for the JEDI contract “highlights issues that warrant the attention of policymakers: When one company can delay, for years, critical technology upgrades for those who defend our nation, the protest process needs reform.”

An AWS spokesperson said that AWS understands and agrees with the DOD decision to cancel the JEDI contract.

“Unfortunately, the contract award was not based on the merits of the proposals and instead was the result of outside influence that has no place in government procurement,” the AWS spokesperson said. ”Our commitment to supporting our nation’s military and ensuring that our warfighters and defense partners have access to the best technology at the best price is stronger than ever. We look forward to continuing to support the DOD’s modernization efforts and building solutions that help accomplish their critical missions.”