US lifts ban on suppliers selling to ZTE 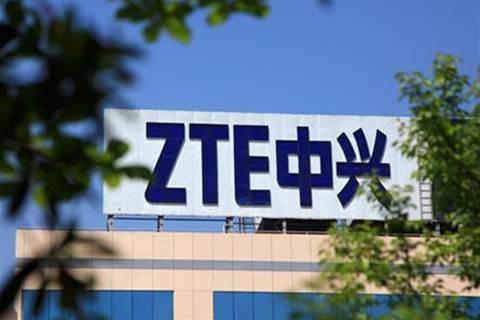 The US Department of Commerce on Friday lifted a ban on US companies selling goods to ZTE Corp, allowing China's second-largest telecommunications equipment maker to resume business.

The Commerce Department removed the ban shortly after ZTE deposited US$400 million in a US bank escrow account as part of a settlement reached last month. The settlement also included a $1 billion penalty that ZTE paid to the US Treasury in June.

"The department will remain vigilant as we closely monitor ZTE's actions to ensure compliance with all U.S. laws and regulations," Commerce Secretary Wilbur Ross said in a statement that described the terms of the deal as the strictest ever imposed in such a case.

The terms will allow the department to protect US national security, Ross said.

The administration has clashed with lawmakers from its own party over issues related to China, and this was no different. On Friday, Senator Marco Rubio, a Republican, criticised the lifting of the ban.

"ZTE should be put out of business. There is no ‘deal’ with a state-directed company that the Chinese government and Communist Party uses to spy and steal from us where Americans come out winning," Rubio said in a statement.

A photograph circulating among employees around midnight showed ZTE's new chief executive and 10 other managers each giving a thumbs-up to the news, which was flashed on a screen at the company, according to a person familiar with the matter.

The reprieve follows threats by the Trump administration this week to impose 10 percent tariffs on US$200 billion of Chinese goods in a trade war.

ZTE, which relies on US components for its smart phones and networking gear, ceased major operations after the ban was ordered in April.

US President Donald Trump tweeted in May that he closed down ZTE and let it reopen, although no agreement had been reached. White House trade adviser Peter Navarro said last month Trump agreed to lift the ban as a goodwill gesture to Chinese President Xi Jinping.

ZTE paid US$892 million in penalties to the United States in connection with the 2017 settlement and guilty plea. The latest US$1.4 billion deal comes on top of that.

The US$400 million will remain in escrow for as long as 10 years to provide the US government access to the money if ZTE violates the June settlement.

On Thursday, ZTE's Hong Kong shares surged about 24 percent after Reuters broke news the United States had signed an escrow agreement that paved the way for ZTE to deposit the US$400 million.

ZTE's US-listed shares fell 2.4 percent to US$3.70 on Friday. The news came after markets closed in Asia.

Shares of US suppliers Acacia Communications and Lumentum Holdings rose more than 3 percent on the news before ending less than 1 percent higher.

ZTE paid US companies more than US$2.3 billion in 2017, including Qualcomm, Intel, Broadcom and Texas Instruments.

The company, which employs some 80,000 people, got a limited one-month waiver last week to maintain existing networks and equipment.

ZTE has replaced its board of directors and senior management, as required by the June settlement, the Commerce Department noted.

It will now operate with a 10-year suspended ban hanging over its head, which the United States can activate if it finds new violations. The current ban could have lasted seven years.

Many US lawmakers see the company as a national security threat and, on Thursday, a group of Republican and Democratic US senators urged that ZTE's penalties be reinstated.

The US Senate paved the way for a showdown with Trump over the issue last month, when it passed an annual defence policy bill with an amendment attempting to reverse the deal. Its fate is unclear.

Reuters reported on US demands for a deal on June 1, and on June 5, revealed that ZTE had signed a preliminary agreement with the Commerce Department, along with the fine and other terms. It also broke news of the ban in April.

A U.S. investigation into ZTE was launched after Reuters reported in 2012 that the company had signed contracts to ship hardware and software worth millions of dollars to Iran from some of the best-known U.S. technology companies.

(Reporting by Karen Freifeld; additional reporting by Sijia Jiang in Hong Kong and Sinead Carew and Chuck Mikolajczak in New York and Diane Bartz in Washington; Editing by Richard Chang and Tom Brown)

Eliminating departmental friction within MSPs
By Karen Freifeld
Jul 16 2018
10:44AM