US moves to limit Chinese investment in technology firms 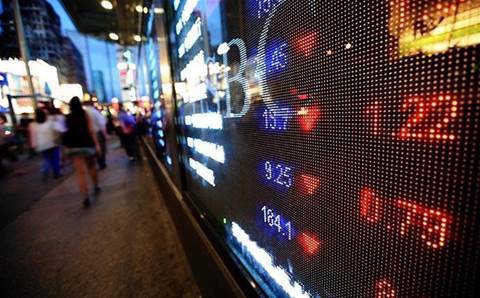 The US Treasury Department is drafting curbs that would block firms with at least 25 percent Chinese ownership from buying US companies with "industrially significant technology," a government official briefed on the matter said on Sunday.

The official, whose comments matched a report by the Wall Street Journal, emphasised that the Chinese ownership threshold may change before the restrictions are announced on Friday.

The move marks another escalation of US president Donald Trump's trade conflict with China, which threatens to roil financial markets and dent global growth.

Tariffs on US$34 billion worth of Chinese goods, the first of a potential total of US$450 billion, are due to take effect on 6 July over US complaints that China is misappropriating US technology through joint venture rules and other policies.

The treasury investment restrictions are expected to target key sectors, including several China is trying to develop as part of its "Made in China 2025" industrial plan, the US official said.

The Wall Street Journal also said the US Commerce Department and National Security Council were proposing "enhanced" export controls to keep such technologies from being shipped to China.

Spokespersons for the Treasury, Commerce Department and the White House did not immediately respond to Reuters' requests for comment on the proposed restrictions.

The government official said the Treasury would invoke the International Emergency Economic Powers Act of 1977 (IEEPA) to devise the restrictions.

The act gives the president sweeping authority to restrict assets based on national security concerns. IEEPA was invoked broadly after the 9/11 attacks in 2001 to cut off financing for terrorist networks.

The Journal said the administration would look only at new deals and would not try to unwind existing ones, adding that the planned investment bar would not distinguish between Chinese state-owned and private companies.

The White House on 29 May said the Trump administration would press ahead with restrictions on investment by Chinese companies in the United States as well as "enhanced" export controls for goods exported to China, with details to be announced by 30 June.

It also said it would unveil a revised list of Chinese goods for tariffs, which it did on 15 June.