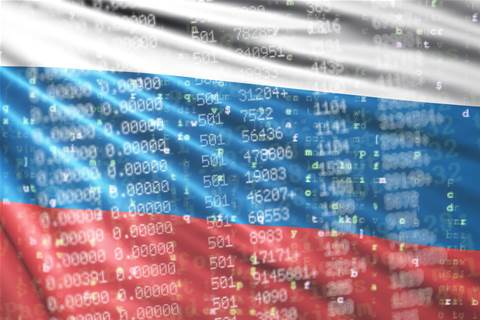 “The U.S. Department of the Treasury is announcing sanctions against … companies that support the malign activities of the Russian intelligence services responsible for the SolarWinds intrusion and other recent cyber incidents,” Antony Blinken, U.S. Secretary of State, said in a press statement Thursday. “These sanctions will serve to reduce Russian resources available to carry out similar malign activities.”

The six Russian tech companies sanctioned by the U.S. Treasury Department are: Positive Technologies; AST; Neobit; Pasit; SVA; and ERA Technopolis. Positive Technologies is accused of hosting large-scale conventions that are used as recruiting events for the FSB and GRU and providing network security solutions to foreign governments, Russian businesses and Russian government clients, including the FSB.

Finally, Russian Ministry of Defense operated ERA Technopolis stands accused of housing and supporting GRU units responsible for offensive cyber and information operations. The research center and technology park leverages the personnel and expertise of the Russian technology sector to develop military and dual-use technologies, according to the U.S. Treasury Department.

“We will continue to hold Russia accountable for its malicious cyber activities, such as the SolarWinds incident, by using all available policy and authorities,” the White House wrote in a statement Thursday. The Biden administration also formally named the SVR - also known as APT 29 or Cozy Bear – at the perpetrator of the SolarWinds hacking campaign, which disrupted more than 16,000 computer systems.

The SVR’s compromise of SolarWinds highlights the risk posed by Russia’s effort to target companies worldwide through supply chain exploitation, according to the White House. The colossal hack should serve as a warning about the risks of using technology supplied by companies that operate or store user data in Russia or rely on software development or remote technical support from personnel in Russia.

The U.S. government is evaluating whether to take further action under a May 2019 executive order to better protect America’s supply chain from further exploitation by Russia, according to the White House.

“The SVR has put at risk the global technology supply chain by allowing malware to be installed on the machines of tens of thousands of SolarWinds’ customers,” the U.S. Treasury Department wrote. “This incident will cost businesses and consumers in the United State and worldwide millions of dollars to fully address.”

The SVR has exploited five publicly known software vulnerabilities to gain initial footholds on victim devices are networks, according to a joint cybersecurity advisory issued Thursday by the National Security Agency (NSA), Cybersecurity and Infrastructure Security Agency (CISA), and the FBI. From there, the SVR scans vulnerable systems to obtain authentication credentials that allow further access.

The first vulnerability being actively exploited by SVR actors can be found in certain versions of Fortinet FortiOS and allows unauthenticated attackers to download system files via special crafted HTTP resource requests. The second is an External Entity injection (XXE) vulnerability found in the Synacor Zimbra Collaboration Suite, according to the NSA, CISA and the FBI.

The third vulnerability is found in some versions of Pulse Connect Secure and allows unauthenticated remote attackers to perform arbitrary file reads. The fourth is found is certain versions of Citrix Application Delivery Controller and Gateway and allows directory traversal. And the fifth is a command injection vulnerability in VMware Workspace One Access, Access Connector, and Identity Manager.

“Mitigation against these vulnerabilities is critically important as U.S. and allied networks are constantly scanned, targeted, and exploited by Russian state-sponsored cyber actors,” the FBI wrote in a press release Thursday. “We are publishing this product to highlight additional tactics, techniques, and procedures being used by SVR so that network defenders can take action to mitigate against them.”

A Fortinet spokesperson told CRN that the security of its customers is the company’s first priority. “If customers have not done so, we urge them to immediately implement the upgrade and mitigations,” Fortinet said. Synacor, Ivanti (which bought Pulse Secure in 2020), Citrix and VMware didn’t immediately respond to CRN requests for comment.