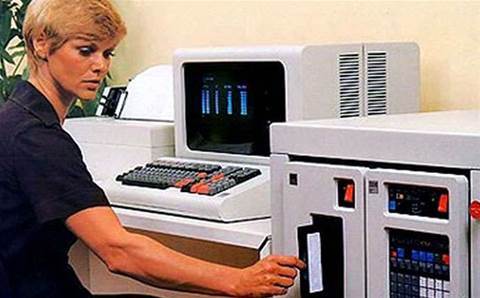 The United States national auditor has found the government is propping up decades-old systems at the expense of innovation, spending US$61 billion (AU$85 billion) of its US$80-billion 2015 tech budget on maintenance.

In a report released yesterday [pdf], the Government Accountability Office (GAO) revealed the US government was wasting billions of dollars by refusing to upgrade from woefully outdated platforms.

The GAO cited the example of a nuclear weapons co-ordination platform used by the Department of Defense which runs on an IBM Series/1 computer. The 16-bit machine uses 8in floppy disks for storage and dates back to the 1970s.

The watchdog similarly called out the Justice Department's use of a COBOL-based platform for monitoring its inmate population; the 40-year old platform used by the Transport Department to track incidents involving hazardous materials; and the use of Windows 2003 servers at Homeland Security.

Several agencies told the watchdog they planned to update some of the platforms: Defense's nuclear systems will be overhauled before the end of next year, Justice said it would begin upgrades this coming September, Transport promised its platforms would be modernised by 2018, and Homeland Security gave a tentative 2016 date, dependent on funding.

Despite the promised improvements, the GAO revealed the US government was actually likely to spend US$7 billion less on modernisation efforts next year than it did in 2010.

"Federal IT investments have too frequently failed or incurred cost overruns and schedule slippages while contributing little to mission-related outcomes," the report stated.

"The federal government has spent billions of dollars on failed and poorly performing IT investments which often suffered from ineffective management, such as project planning, requirements definition, and program oversight and governance.

"[It] runs the risk of continuing to maintain investments that have outlived their effectiveness and are consuming resources that outweigh their benefits."

The Obama administration has requested an 11 percent increase for its US$89 billion IT spend for the 2017 fiscal year.