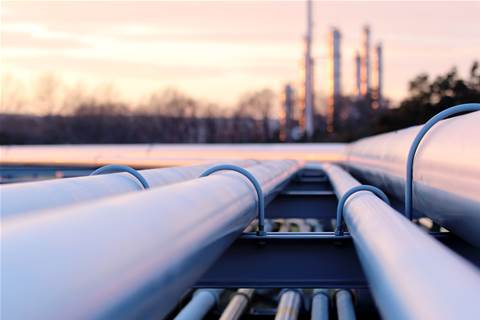 The largest pipeline operator in the United States has temporarily shut down all operations on its 5,500-mile pipeline following a cyberattack Friday.

Colonial Pipeline said it proactively took some systems offline following the cyberattack to contain the threat. The move affected some of the company’s IT systems and resulted in the temporary stoppage of all pipeline operations, according to Colonial.

Colonial said it’s already brought in a leading, third-party cybersecurity firm to launch an investigation into the nature and scope of the cyberattack. The pipeline giant said it also contacted law enforcement as well as other federal agencies.

“Our primary focus is the safe and efficient restoration of our service and our efforts to return to normal operation,” Colonial said in a media statement released late Friday. “The process is already underway, and we are working diligently to address this matter and to minimize disruption to our customers and those who rely on Colonial Pipeline.”

Colonial operates the largest refined products pipeline in the United States, transporting more than 100 million gallons of fuel daily to meet the energy needs of people from Houston to the New York Harbor. The company connects refineries with customers and markets throughout the Southern and Eastern United States through a pipeline that spans more than 5,500 miles between Houston and Linden, New Jersey.

The company was founded in 1962, and services refineries located primarily in the Gulf Coast. The company each day transports more than 2.5 million barrels of refined petroleum products such as gasoline, diesel, jet fuel, home heating oil, and fuel for the U.S. military.

Colonial said it transports approximately 45 percent of all fuel consumed on the East Coast, providing refined products to more than 50 million Americans. The majority of Colonial’s system is underground, the company said, with tankage and other facilities at key receipt, storage and delivery points.

Different product batches are pushed through Colonial’s system next to each other, with products sequenced in the pipeline according to their characteristics. The stream is always in a “turbulent flow” condition, which Colonial said minimizes mixing.