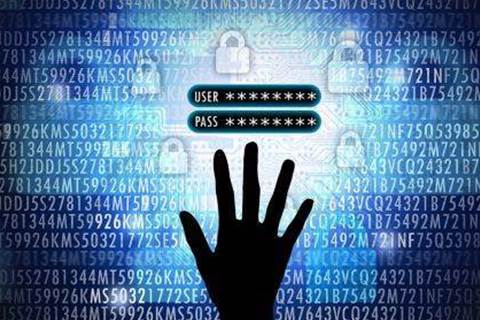 For at least the third time since the beginning of this year, the U.S. government is investigating a hack against federal agencies that began during the Trump administration but was only recently discovered, according to senior U.S. officials and private sector cyber defenders.

It is the latest so-called supply chain cyberattack, highlighting how sophisticated, often government-backed groups are targeting vulnerable software built by third parties as a stepping-stone to sensitive government and corporate computer networks.

The new government breaches involve a popular virtual private network (VPN) known as Pulse Connect Secure, which hackers were able to break into as customers used it.

More than a dozen federal agencies run Pulse Secure on their networks, according to public contract records. An emergency cybersecurity directive last week demanded that agencies scan their systems for related compromises and report back.

“This is a combination of traditional espionage with some element of economic theft,” said one cybersecurity consultant familiar with the matter. “We've already confirmed data exfiltration across numerous environments.”

The maker of Pulse Secure Ivanti said it expected to provide a patch to fix the problem by this Monday, two weeks after it was first publicized. Only a "very limited number of customer systems" had been penetrated, it added.

Over the last two months, CISA and the FBI have been working with Pulse Secure and victims of the hack to kick out the intruders and uncover other evidence, said another senior U.S. official who declined to be named but is responding to the hacks. The FBI, Justice Department and National Security Agency declined to comment.

The U.S. government’s investigation into the Pulse Secure activity is still in its early stages, said the senior U.S. official, who added the scope, impact and attribution remain unclear.

Security researchers at U.S. cybersecurity firm FireEye and another firm, which declined to be named, say they've watched multiple hacking groups, including an elite team they associate with China, exploiting the new flaw and several others like it since 2019.

In a statement last week, Chinese Embassy spokesperson Liu Pengyu said China "firmly opposes and cracks down on all forms of cyber attacks,” describing FireEye's allegations as "irresponsible and ill-intentioned."

The use of VPNs, which create encrypted tunnels for connecting remotely to corporate networks, has skyrocketed during the COVID-19 pandemic. Yet with the growth in VPN usage so too has the associated risk.

“This is another example in a recent pattern of cyber actors targeting vulnerabilities in widely used VPN products as our nation largely remains in remote and hybrid work postures,” said Hartman.

The consultants also said they were aware of less than 100 combined victims so far between them, suggesting a fairly narrow focus by the hackers.

Analysts believe the malicious operation began around 2019 and exploited older flaws in Pulse Secure and separate products made by cybersecurity firm Fortinet before invoking the new vulnerabilities.

Hartman said the civilian agency hacks date back to at least June 2020.

A recent report by the Atlantic Council, a Washington think tank, studied 102 supply chain hacking incidents and found they surged the last three years. Thirty of the attacks came from government-backed groups, primarily in Russia and China, the report said.

The Pulse Secure response comes as the government is still grappling with the fallout of three other cyberattacks.

The first is known as the SolarWinds hack, in which suspected Russian government hackers commandeered the company’s network management program to burrow inside nine federal agencies.

A weakness in Microsoft's email server software, named Exchange, exploited by a different group of Chinese hackers, also required a massive response effort, although there was ultimately no impact to federal networks, according to U.S. officials.

Then a weakness at a maker of programming tools called Codecov left thousands of customers exposed inside their coding environments, the company disclosed this month.

Some government agencies were among the customers which had the Codecov hackers take credentials for further access to code repositories or other data, according to a person briefed on the investigation. Codecov, the FBI and the Department of Homeland Security declined to comment on that case.

The U.S. plans to address some of these systemic issues with an upcoming executive order that will require agencies to identify their most critical software and promote a “bill of materials” that demands a certain level of digital security across products sold to the government.

“We think [this is] the most impactful way to really impose costs on these adversaries and make it that much harder,” said the senior U.S. official.

MSPs: Stack your solutions
By Christopher Bing and Joseph Menn
Apr 30 2021
6:48AM