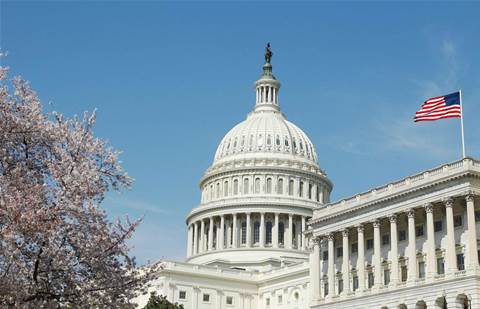 The US Senate voted 52 to 47 on Wednesday to reverse the Federal Communications Commission decision in December to repeal landmark 2015 net neutrality rules, but it still faces an uphill battle.

The margin was larger than expected with three Republicans voting with 47 Democrats and two independents to reverse the Trump administration action.

Many politicians are convinced the issue will help motivate younger people to vote in the 2018 congressional elections and numerous polls show overwhelming public support.

It is not clear if the US House of Representatives will vote at all on the measure, while the White House has said it opposed repealing the December FCC order.

"Let’s treat the internet like the public good that it is. We don’t let water companies or phone companies discriminate against customers; we don’t restrict access to interstate highways, saying you can ride on the highway, and you can’t," Senate Democratic Leader Chuck Schumer said. "We shouldn’t do that with the internet either."

The 2015 rules were intended to ensure a free and open internet, give consumers equal access to Web content and bar broadband service providers from favouring their own material or others'.

The new rules require internet providers to tell consumers whether they will block or slow content or offer paid "fast lanes".

Republicans say they back open internet principles and want Democrats to negotiate to enshrine net neutrality rules in law.

Senator John Thune, who chairs the Commerce Committee, said "the fact of the matter is nothing is going to change" after the new rules take effect – and will not prod people to vote. "I don't know how that animates people to vote if their Netflix is working," he told Reuters.

The vote was a rare win for Democrats in the Republican-controlled Senate and a rebuke to regulators that approved a sweeping repeal of the Obama rules.

Last week, the FCC said the net neutrality rules would expire on 11 June and that the new regulations approved in December, handing providers broad new power over how consumers can access the internet, would take effect.

The revised rules were a win for internet service providers, whose practices faced significant government oversight and FCC investigations under the 2015 order. But the new rules are opposed by internet firms like Facebook Inc and Alphabet Inc .

Comcast, Verizon Communications and AT&T have pledged to not block or discriminate against legal content after the net neutrality rules expire. A group of 22 states have sued the FCC over the repeal.

AT&T said Wednesday it backs an open internet and "actual bipartisan legislation that applies to all internet companies and guarantees neutrality, transparency, openness, non-discrimination and privacy protections for all internet users."

The FCC decided in 2015 to reclassify internet service providers as common carriers under a 1996 law. But unlike how utilities are treated, the FCC decided not to impose rate regulations or require broadband providers to file notice of pricing plans.

7 steps to MSP success: from pricing to specialisation
By David Shepardson
May 18 2018
7:22AM