US surgeons to use Apple Watch to monitor patients 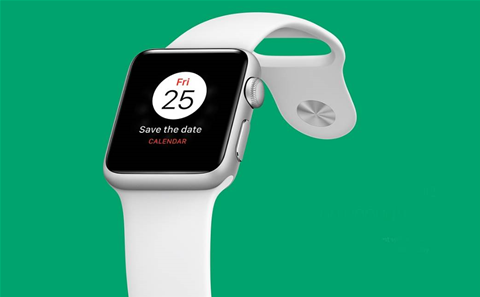 Up to 10,000 Americans due to have hip or knee replacements will be able to funnel basic health data directly from their Apple Watches to their surgeons under a new app being tested by orthopedics company Zimmer Biomet.

Four hospitals and more than a dozen other medical facilities in states including Massachusetts, California, Colorado and Michigan will receive stats including heart rate, steps taken and standing hours from patients waiting for or recovering from hip and knee replacement surgery.

The multi-year study in collaboration with Apple will allow doctors and their teams to gauge better how well patients are following prescribed physiotherapy or regimes ahead of surgery or recovering afterwards.

More than a million knee and hip replacements occur every year in the United States, making them two of the most common surgeries Americans undergo.

"When you look at what patients have to do when they undergo hip and knee replacement, in some cases they have very low support or guidance before and after surgery, which creates a lot of unnecessary fear and anxiety," Zimmer Biomet executive Dan Williamson said.

"We believe this is going to create a new ecosystem in orthopedics that ultimately drive less anxiety in patients, and more visibility from the surgeon."

The app could also help doctors monitor the health of their patients who prefer to stay at home after surgery rather than opt for nursing facilities and other care centers.

Apple has been working on new health initiatives for its users, announcing the Apple Watch Series 4 last month, which can detect heart problems, positioning the new watch as a more comprehensive health device.