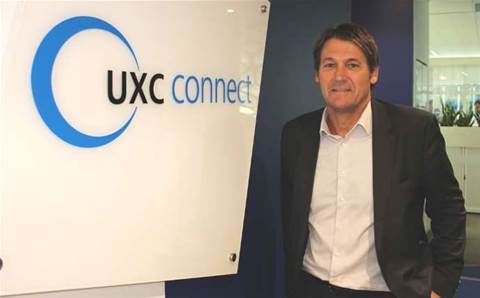 Ian Poole is retiring as chief executive of UXC Connect as his organisation is merged with the infrastructure business of new owner CSC.

A CSC spokesperson told CRN it was an amicable departure. "Ian Poole is retiring at the end of this month and we wish him all the very best.

"In terms of the new structure, the UXC Connect brand will continue to operate as a business unit within the CSC infrastructure (GIS) organisation. Our integration efforts will ensure we harness the best of GIS and UXC Connect to bring maximum value to our joint clients. Rob McCabe will lead UXC Connect reporting to Peter Fury, who will lead the combined businesses moving forward."

Poole had been CEO of UXC's infrastructure arm since 2011, presiding over years of significant growth for the $200 million company, including multiple appearances in the CRN Fast50.

UXC Connect managed to combine scale with speed, and became the first company ever to win the CRN Fast50 Leader award – its $217.3 million turnover in the 2015 financial year was the largest of any company in that's year's list.

He has more than three decades in the IT industry with a major focus on the networking space, including leadership roles at Honeywell, as well as a decade as general manager enterprise at Alcatel Australia.

He was "the driving force behind the startup and successful growth of Integ Group", according to the UXC Connect website. He spent nine years as CEO of Integ, which was combined with XSI Data Solutions and UXC Connect in 2011.

The combined CSC-UXC will generate approximately $1.4 billion in revenue and bring its staff headcount to 5100.