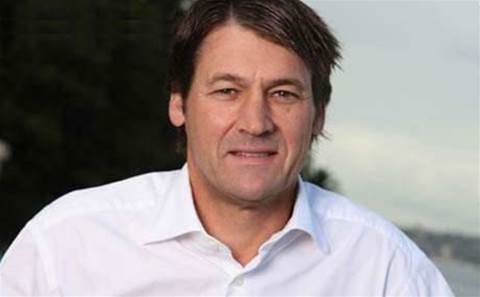 The company, which owns systems integrator UXC Connect, signed five big deals during the reporting period, including a $40 million contract with the Gold Coast University Hospital, the Queensland Children’s Hospital, with a deal range of between $10 million and $20 million, and the $25 million Hydro Tasmania contract.

The company also marked the delivery of several key projects on behalf of Toyota, City West Water and Hydro Tasmania.

In reporting its results, UXC affirmed its mission to become a "pure play" IT services company.

The revenue breakdown for the company has seen a significant shift towards services and annuity, with a growth in that aspect of 10.3 percent, to $482 million. Products and licenses contracted 8.8 percent, down from $123 million to $112 million. Overall, revenue for the entire UXC grew 6.1 percent year on year to $594.3 million.

The most profitable segment for the company was in infrastructure services, which grew 16.8 percent, to $9 million from $7.7 million, while consulting was steady at $5.4 million, and application services was up marginally, to $28 million from $27 million.

Margin growth was healthiest in consulting, with an increase of six percent, while application services margins grew two percent, and infrastructure margins up two percent.

UXC's most recent major win came in early August with a multi-million dollar deal to roll out critical IT infrastructure for the Queensland Children’s Hospital.

Due to open next year, the $1.4 billion hospital will have 359 beds and specialise in paediatric care.

Head of company subsidiary UXC Connect, Ian Poole confirmed to CRN the deal had been won following a tender process but declined to offer further details at this stage.

UXC expects the value of the project to sit between $10 million and $20 million depending on the completed design of the service. The work will span ICT systems integration in addition to services such as project management, design, training and inventory management.