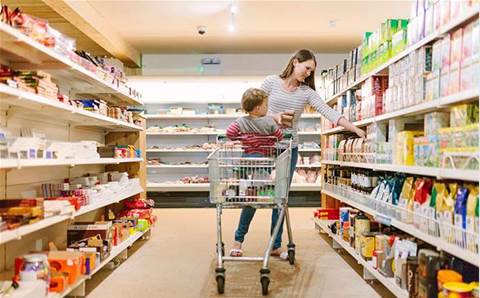 UXC Eclipse has secured over $20 million in business in the retail sector in the last four months.

Although known for large customers like the Tasmanian government, mining-related corporations and logistics providers, the Microsoft Dynamics provider is now clinching big deals in supermarkets, including IGA stores across Queensland.

This includes a contract delivering Microsoft Dynamics AX for Retail to Cornetts Supermarket, which has 34 Supa IGA stores across Queensland.

The company has also won a deal in Australia to implement a single ERP system across all Jeanswest franchises. The platform includes Microsoft Dynamics AX for Retail and K3 AXIS Fashion. Terms of this deal and the Cornetts contract were not disclosed.

Overseas, UXC Eclipse has a Microsoft Dynamics AX point of sale implementation for the Jean Coutu Group, one of the biggest drug store chains in North America with 400 franchises across Canada.

It has also exchanged contracts with Bartell Drugs, a pharmacy chain with more than 60 stores across Western Washington. The chain will rollout out Microsoft Dynamics AX for Retail for more than 1,380 users and devices including ERP, financials, warehousing, distribution and POS.

UXC Eclipse had a number of large customers in retail in Australia previously, but the last 24 months has seen its first push with Microsoft Dynamic AX for retail into the sector.

“Microsoft Dynamics AX has always been a strong solution for back office retail, but Microsoft has made significant investments into retail functionality in the last two years,” a spokesperson told CRN. “Now with the release of Modern POS and with deep functionality of solutions such as K3 AXIS Fashion, the market has really opened up for us.”

Who’s at the till

Other IT companies have also been increasing their activity in the space, such as MYOB’s acquisition of POS vendor Kounta last year, while POS app vendor Square has recently established an Australia office in Melbourne.

Meanwhile the Commonwealth Bank has launched its Albert mobile payments tablet for store owners. Optus is rolling out wi-fi to 21 Westfield shopping centres.