UXC to combat "shadow IT" with vendor exclusive 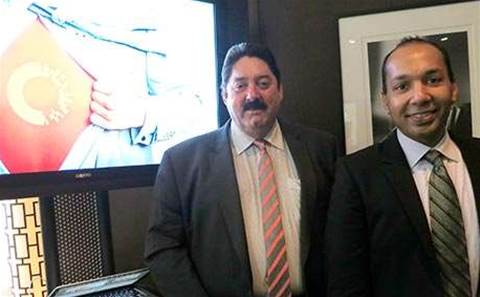 UXC has signed up as the first local partner of Apptio, a seven-year-old vendor that has just launched in Australia.

Australia is one of the first regions outside Apptio's home country of the US, and joins global operations in the UK, Germany and the Nordic countries.

The vendor currently has 10 local staff across offices in Sydney and Melbourne, headed up by general manager Richard Outten.

Outten was previously general manager of HP Software for the South Pacific region, where he was recognised as APJ channel manager of the year in 2010-11.

Apptio bills its SaaS tool as a new category – technology business management (TBM). The solution will allow CIOs to gain oversight of an organisation's entire IT spend and the value being delivered by  technology.

In Apptio's words, "Through the use of TBM within a business, Apptio is providing CIOs with the ability to harness their financial, operational, and organisational and performance data to showcase the value IT brings to their business."

In a world where business units can easily spin up Salesforce accounts and other cloud-based tools, Apptio seeks to monitor, manage and report on the cost and value being delivered by technology procured both from inside and from outside the IT department.

"At the moment, the CIO is lost," said UXC chief executive Cris Nicolli at the launch in Sydney.

"People talk about consumerisation coming into the business; it is making life very hard for CIOs and the people in their teams, so we have been embarking on a journey looking for organisations that can help us help CIOs," added Nicolli.

Nicolli said UXC has more than 100 customers that spend over $1 million with it. He claimed that UXC was now the largest Oracle, Microsoft Dynamics and ServiceNow integrator in Australia and in the "top two or three for SAP". It comes after a bevy of acquisitions late last year.

"I see a lot of new technologies. Very rarely have I seen a combination of technologies that I think can make such a difference [as Apptio].

"The great thing about Apptio is it looks at the value versus cost equation and gives an IT director and the business a chance to figure out if there is a better way of doing it," added Nicolli.

Apptio co-founder Sunny Gupta, who had travelled to Sydney to announce the local launch, said the solution fulfills a missing link for organisations. Where the CFO has system such as Oracle or NetSuite, the sales head has Salesforce or Siebel, the human resources department can use PeopleSoft, Success Factors or Workday and the chief marketing officer has tools such as Marketo and Eloqua, the CIO is still running off Excel spreadsheets.

"It is a case of the cobbler's children have no shoes," said Gupta.

In terms of managing IT spend, Gupta highlighted a number of major offenders on the IT balance sheet. According to Apptio's own data, average server utilisation in the enterprise is just 8 percent, while Gupta also pointed to storage overprovisioning as another culprit.

Telsyte analyst Rodney Gedda, who attended the launch, said: "There has been a lot of talk about 'shadow IT' and business units procuring IT. I just want to say that IT procured by business units today become [the IT department's] problems tomorrow."