VCE's next Vblock-esque product will run VMware not Cisco SDN 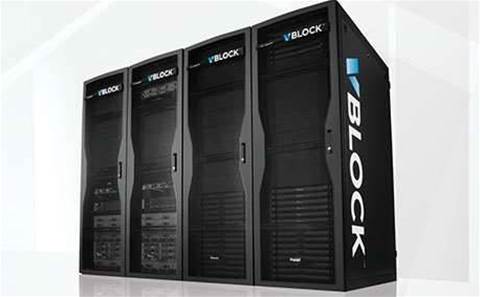 VCE will begin shipping a new converged infrastructure offering this quarter that will come with pre-integrated NSX software-defined networking technology from VMware.

This is an important strategy shift for VCE, the six-year-old converged infrastructure joint venture between EMC, Cisco and VMware, which is now majority-owned by EMC and part of its federation of subsidiary companies.

While NSX has always run well on Vblocks, the fact that VCE will be handling all integration and support for the new converged infrastructure offering will make it easier for customers to adopt, Chris King, vice president of product marketing for networking at VMware, said in an interview Thursday.

"VCE used to refer customers to VMware for NSX support, but now they'll get a one-call support experience," King said. "There is definitely demand for this sort of thing."

VCE has had a successful run and has played a big role in getting enterprises to understand the advantages of running converged infrastructure. Last October, EMC said Vblocks were on a $2 billion annualised "demand run-rate".

Cisco and VMware are locked in a heated battle over whose SDN technology is superior, and Cisco continues to tout VCE's exclusive support for ACI in Vblocks as a competitive advantage.

But Cisco sold off most of its stake in VCE to EMC last October and now owns only 10 percent of the joint venture. EMC subsequently pulled VCE into its federation and, late last month, combined its VCE and VSPEX businesses into a single $1 billion-plus converged infrastructure organisation.

In light of VCE's shifting ownership, partners told CRN US it's not surprising to see the company add support for VMware NSX -- in fact, it's something they feel should have happened a long time ago.