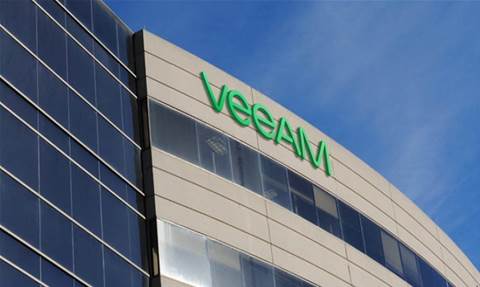 The move comes as the IT industry is seeing an explosion in the need to protect container-based workloads, said Danny Allan, chief technology officer and senior vice president of product strategy at Veeam.

Allan, citing statistics from research firm Enterprise Strategy Group, said about 50 percent of workloads are expected to be moved to containers by 2023.

“Containers are here to stay,” Allan told CRN USA. “We’re seeing an increasingly fast adoption of containers similar to what we saw with the adoption of VMware. And VMware itself is building Kubernetes into its Tanzu technology. This will further acceleration adoption.”

While most companies developing technology for protecting container-based data approach the problem from a storage point of view, Kasten is different, Allan said.

“Kasten looks at containers from the application point of view,” he said. “This aligns with how Veeam has built itself into a billion-dollar company. When Veeam came out, everybody was using agents. But when data protection moved to virtualized environments, it became important to focus on the applications. Veeam used an application-centric way to migrate data without the need for agents.”

“The software is deployed as Kubernetes software, so it is a very native experience,” he said. “We will maintain that native DevOps experience to give visibility in cloud and on-premises environments.”

Veeam has had a partnership with Kasten starting early this year, and the two used last week’s VMworld conference to demonstrate their technical integration, Allan said. Both companies are owned by Insight Partners, which helped facilitate the acquisition, he said.

Veeam is paying US$150 million in cash and equity for Kasten, Allan said.

“This is a testament to our investment in this space,” he said. “We are already the data protection leader in virtualized and cloud environments,” he said. “We are moving to ‘Act 2,’ which will be a focus on cloud and containers.”

It was important for Veeam to acquire Kasten instead of continuing its partnership, Allan said.

“The speed at which the container market is evolving dictated we move to ensure leadership in this market,” he said. “And Kasten has leadership in application-focused containers. We will maintain that leadership.”

With its acquisition of Kasten, Veeam becomes the latest major storage vendor to make a significant investment in protecting Kubernetes container-based workloads.

Pure Storage last month said it is acquiring Portworx in a $370 million all-cash deal. Pure Storage described Portworx as the developer of a leading Kubernetes data services platform for running mission-critical workloads in containers in production.

NetApp earlier this year abandoned its own container-based storage technology development in favor of Project Astra, which it said was targeted at uniting persistent storage with Kubernetes containers.

Container storage has also become an investment target. MayaData, a San Jose, Calif.-based developer of container-attached storage for Kubernetes environments, in February received a US$26 million investment that included among the investors DataCore, a developer of software-defined storage technology.